Post Ironic said:
He got asked a simple question about having to win something to be successful and remembered in the history of Liverpool.. and he went off on a little tangent about how he couldn't be less interested in that, he didn't care if he would be remembered, he didn't care about anyone else's opinion, and how only god could judge him.

Click to expand...
Should have just used Pochettino's quote.

j0ker said:
I thought there would be another draw for semis, when did they change it?
Click to expand...
More importantly, why?

Ronn said:
@Dantes your assessment of Spurs chances against City?
Click to expand...
Less than 50/50 I'd say. Possibly the worst draw we could have got. We also play them in the league at that time so three games against City in 11 days.

Perfect draw. Not because Ajax are weak, they are not. And not only this particular draw was perfect, but the entire play-off path for Juventus.

I never mentioned it, but I was excited and at the same time relieved when in the round of 16 Juventus got Atletico. That was "finally!" type of satisfaction. Since their rise as a big club, I was irritated that they literally monopolized the areas of football expertise that always belonged to Juventus - great defense, tactics, and nerves of steel. Everyone suddenly started to believe that now they are the ones who set the bar for all these notions. And Juventus became kind of secondary to them. I waited for many years for this encounter at such a CL stage. And for their total demolition, which would show them their real place. And, finally, it happened.

Now it's Ajax. Complete opposite of Atletico. Instead of Atletico's suffocation, they breath and let their opponents breath too. Light and pleasant football.

After them it will probably be Manchester City. Allegri vs. Pep. The best clubs representing two opposite systems of football philosophy. 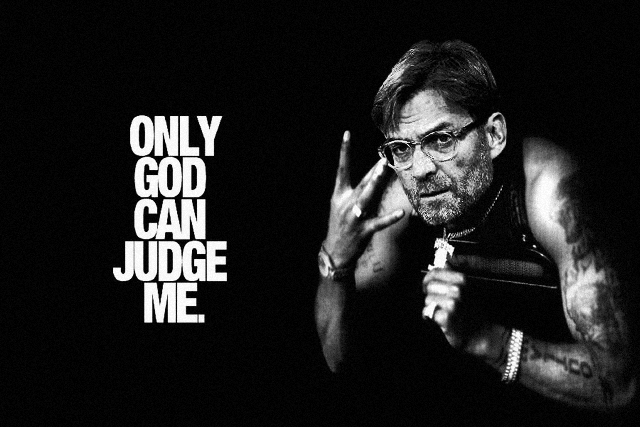 Ajax, City and ronaldo vs messi in the final


The team that wins the final, will deliver the next ballon d'or. Which is interesting since Messi and Ronny are tied

Stephan said:
Strange given his doubt which Juve turns up and our finals record.
Click to expand...
Ronaldo will be pumped as will our boys. He loved these challenges, and from the comeback we saw this week, so do our boys.

Click to expand...
Damn difficult schedule! They'll be tired and theyll probably get injuries. Gundogan and Fernandinho are the most imporant players for Pep.

hanko said:
Just from reading the comments the last few pages. Some people said this is the best possible draw which I highly doubt to be honest.
Click to expand...
IMO, it's the 3rd best draw behind Porto and Man U but definietly nowhere near easy or guaranteed.Hope Allegri makes sure to rest key players like ronaldo, pjanic, etc in the league matches before and after each leg

Quetzalcoatl said:
Ajax had a pretty exciting team some years ago in the CL with the likes of Ji Sung Park, Van Bommel, Jefferson Farfan almost beat Milan in the quarter finals.
Click to expand...
PSV?

hanko said:
Just from reading the comments the last few pages. Some people said this is the best possible draw which I highly doubt to be honest.
Click to expand...
IMO, it's the 3rd best draw behind Porto and Man U but definietly nowhere near easy or guaranteed.Hope Allegri makes sure to rest key players like ronaldo, pjanic, etc in the league matches before and after each leg


Sent from my iPhone using Tapatalk
Click to expand...
They also were pretty good. Ibra was amazing and Suarez few years later as well

Marc said:
I hope we get Ajax.

Click to expand...
Hah. We will go through, folks.

So Semi Finals is likely to be Juve vs City and Liverpool vs Barcelona
I have a feeling of a 85 replay (this time with a more friendly atmosphere...)
As for our current opponents - We are stronger defensively than Real Madrid and much more organized so I expect us to go through even though that we shouldnt disrespect Ajax who already shown they are serious (Bayern in the groups and now Real)
Great opportunity to scout De Ligt and other Ajax talents - I think this draw is good on so many levels..

Since Cuadrado is out of the CL list we simply must recover Costa in the next week or two.

Such a player is extremely important for this stage of CL.

Every player in the squad should be included and rotated in our games in the next 4 weeks so that everyone is well rested for total pressing and grinta in CL.