you hungry for love? failed with your own species? try a pet instead (1 Viewer)

The Cat
The cat (Felis catus), also known as the domestic cat or housecat[5] to distinguish it from other felines and felids, is a small furry domesticated carnivorous mammal that is valued by humans for its companionship and for its ability to hunt vermin and household pests. Cats have been associated with humans for at least 9,500 years,[6] and are currently the most popular pet in the world.[7] Owing to their close association with humans, cats are now found almost everywhere on earth.

Cats are similar in anatomy to the other felids, with strong, flexible bodies, quick reflexes, sharp retractable claws, and teeth adapted to killing small prey. As nocturnal predators, cats use their acute hearing and ability to see in near darkness to locate prey. Not only can cats hear sounds too faint for human ears, they can also hear sounds higher in frequency than humans can perceive. This is because the usual prey of cats (particularly rodents such as mice) make high frequency noises, so the hearing of the cat has evolved to pinpoint these faint high-pitched sounds. Cats rely more on smell than taste, and have a much better sense of smell than humans.

Despite being solitary hunters, cats are a social species and use a variety of vocalizations, pheromones and types of body language for communication. These include meowing, purring, trilling, hissing, growling, and grunting.[8]

Cats have a rapid breeding rate. Under controlled breeding, they can be bred and shown as registered pedigree pets, a hobby known as cat fancy. Failure to control the breeding of pet cats by spaying and neutering and the abandonment of former household pets has resulted in large numbers of feral cats worldwide, with a population of up to 60 million of these animals in the United States alone.[9]

I will post some pictures of my cats tomorrow

Great on sticks over the fire with a little Rice Krispies... :lick:

Cat is what?
OP
OP

swag said:
Great on sticks over the fire with a little Rice Krispies... :lick:

swag said:
Great on sticks over the fire with a little Rice Krispies... :lick:

Click to expand...
That cat looks pissed as fuck 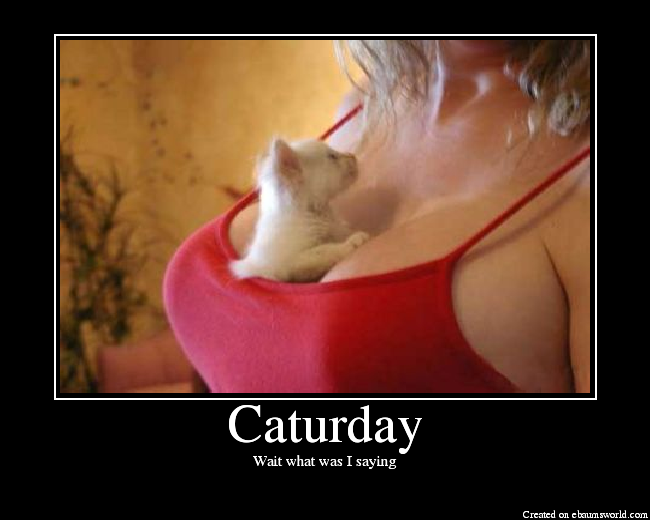 And why is "cat's" possessive in the title of this thread?

swag said:
And why is "cat's" possessive in the title of this thread?
Click to expand...
Because bezare's said so.
OP
OP

Cats are so cute :love:

Cats should be drowned by the thousands.

Please don't fill this thread with those dumb internet cat pics. ICANHAZCHEEZEBURGER is the worst thing on the internet.

Rubbish English is the worst thing on the internet.