Date of birth March 9, 1993 (age 21)
Place of birth Sanremo, Italy
Height 1.78 m (5 ft 10 in)
Weight 70 kg
Playing position Midfielder​
Stefano Sturaro (born 9 March 1993 in Sanremo) is an Italian footballer who plays for Genoa on loan from Juventus, as a midfielder.

Sturaro began his career on Genoa's youth categories, and was loaned to Modena on 23 July 2012.[1] On 1 December he made his professional debut, playing the last 33 minutes in a 1-0 home win over Novara.

On 25 August 2013, Sturaro made his Serie A debut, coming on as a late substitute in a 0–2 away loss against Inter.

On June 25th 2014, Mark announced to the world his signing with great reception from the tuZ community.
OP
OP

How much?
OP
OP

No resale % I guess. 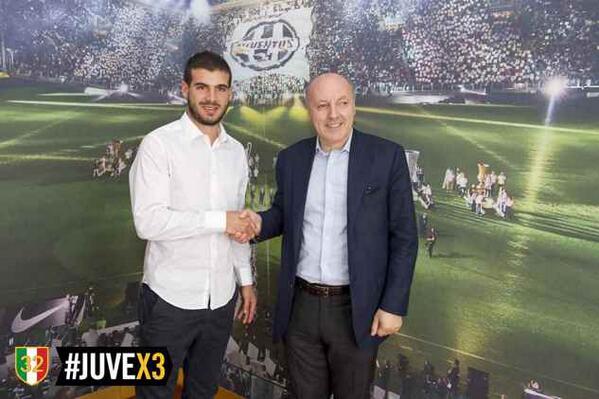 What kind of player is he?

See @Zacheryah you said this was a BS news I told ya it might happen...
OP
OP

So he stays with us?

do we have a "fuck up and score against us and we'll rescind your contract" clause in his contract?

So how many serie a games has he played so far?

Bezzy said:
So how many serie a games has he played so far?
Click to expand...
Last season 16 games for genoa

Juventus have released a statement confirming they have signed Stefano Sturaro from Genoa.

The Old Lady say the deal will be worth a starting fee of €5.5m, though that may increase. They will alsol loan him back to the Rossoblu next season.

“Juventus announces that it has finalised an agreement with Genoa for the acquisition of the player Stefano Sturaro’s sporting rights,” the statement on the Old Lday’s official website reads.

“The contract means a fee of €5.5m payable over three years.

“The value of the signing could increase by a further maximum of €3.5m, depending on the achievement of certain sporting targets beginning from the 2015/16 season.

“The club has agreed a five-year contract with the player. For the 2014/15 season, Juventus have agreed a deal with Genoa to allow him to go there on a temporary basis for free.”

he had a solid run here, did alright.