Linebreak said:
Could you imagine a club let's him go and later brings him back?
Click to expand...
I can imagine a few members were so excited, aroused even, at the prospect of bringing him back

athas said:
Defrel is Bonucci's responsible from the start. 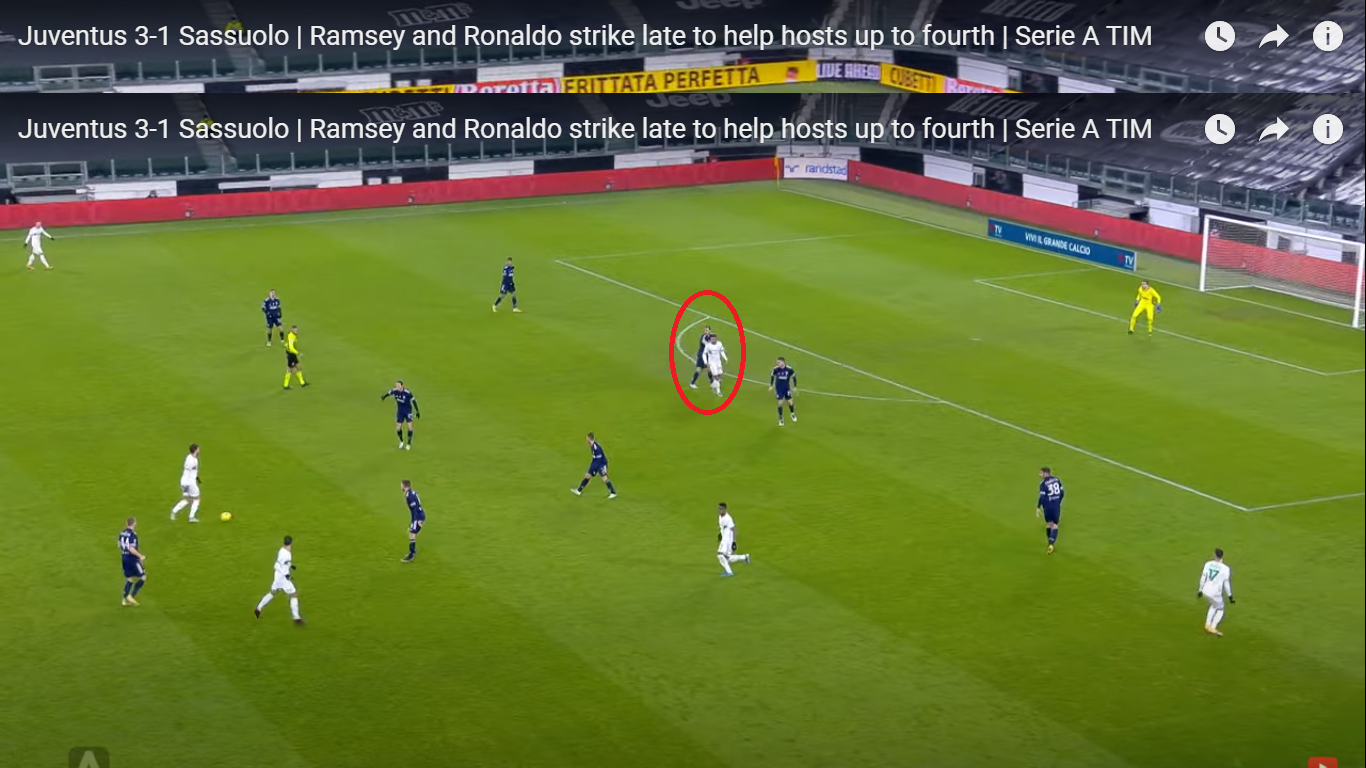 Demiral did the right thing, he went to stop Traore in the case Traore run past our mid. Bonucci had only one job: mark the forward in our box. 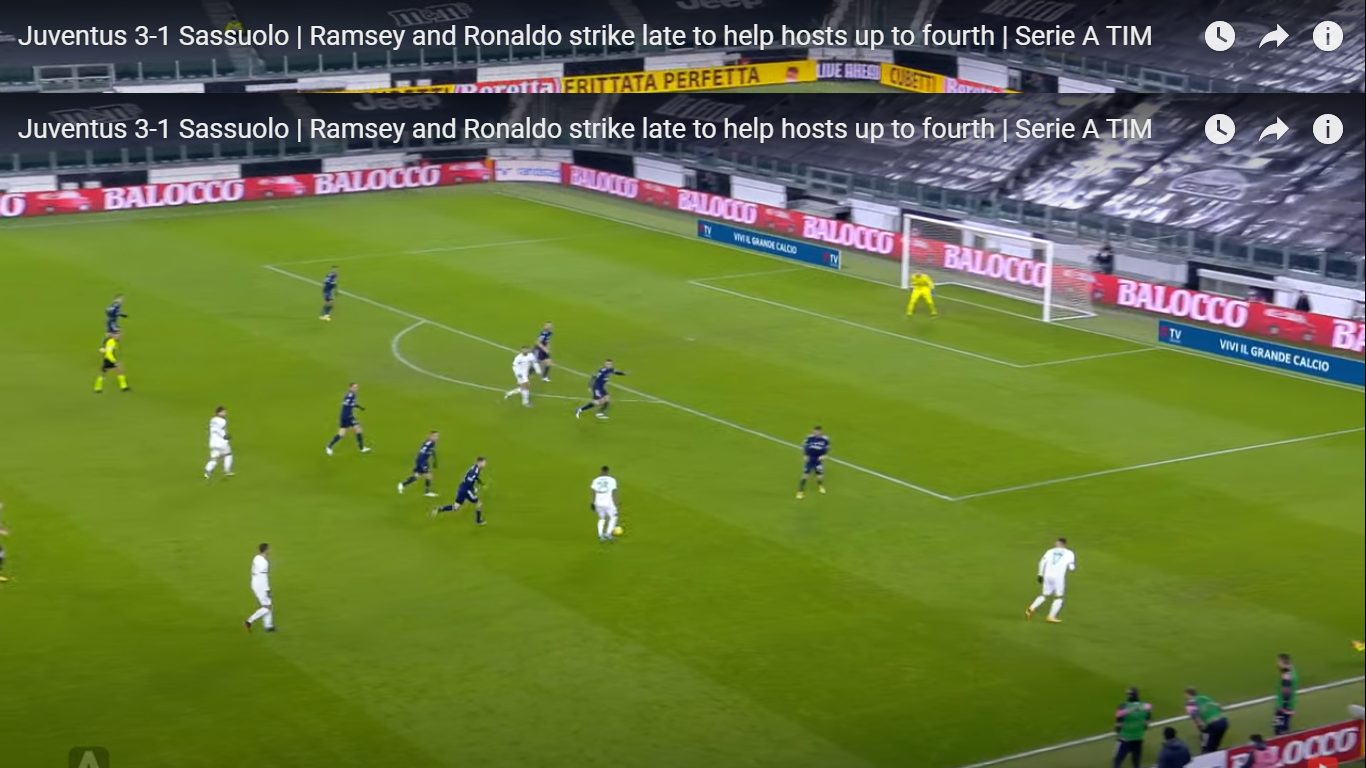 And here how it went. The hilarious part is Bonucci's movement, look like he's intentional to let Defrel touch and shoot.

Yesterday I said that Frabotta came in to defensive problems because he was exposed at that left side because Ramsey played to much as a striker. Here’s its easy to see is. Should be standing right next to Arthur in the first picture. You can see Chiesa and Danilo at the right side. Second picture he’s already to late in the gif you see the results of it.

Not sure if it’s Pirlo or Ramsey to blame.

I think the marking mistakes are from Bonucci and Demiral. Demiral takes one step to much, leaving space in his back. Bonucci kinda reacts slow, maybe not expecting the pass. Overal good goal by Sassuolo, they took advantage of our bad organization in that moment.

Besides that I didn’t like Bonucci. Made a mistake in the beginning of the match and after the goal he defended a cross very awkwardly.

athas said:
Defrel is Bonucci's responsible from the start.

Demiral did the right thing, he went to stop Traore in the case Traore run past our mid. Bonucci had only one job: mark the forward in our box.

And here how it went. The hilarious part is Bonucci's movement, look like he's intentional to let Defrel touch and shoot.

Click to expand...
Bobon took the mark and then for some reason let the space open, clearly he wasn't focus in the game

He's often not on his toes for this kind of opening, but he's not the only defender who does this. The difference is that other defenders at top clubs can move their feet quickly and get across to cover the mistake, or at least make a genuine challenge. If you put De Ligt or Demiral in this position and asked them to cover there is a chance that they will get across to force a later shot or even get a touch on the shot, but it's still unlikely.

Bonucci's strengths are not in this area, and being forced to play as a covering defender hangs him out to dry. He was fine with 'bodyguards' Barzagli and Chiellini. He just about gets away with it having an elite young defender like De Ligt covering, but you can't expect him to be the defensive leader.

But don't take away from Sassuolo that it was a perfect pass and first touch, they did everything right. Demiral was actually very close to Bonucci, which gave him a chance to intercept (Demiral is a natural defender who wants to protect the goal and his partner), but it was threaded perfectly, and the touch opened himself up for the shot.

The situation with Caputo just shows how retarded he is, he really could (and maybe should) be red carded for it. This just shows how clumsy and out of position he is in games. We have to finally move on with him and Chiellini ( ). Bonucci sucks and Chiello is unable to play. Should buy one good CB in the summer and keep Chiello as 4th/5th option, while offloading Bonucci.

He -rightfully- didn’t get sent off because fortunately the challenge wasn’t close enough to the goal so it wasn’t a clear goalscoring opportunity as our defenders had a chance to cover for Bonucci and win the ball.

Watching bonucci run back on counters is aids. I bet chiellini is still faster than him at his age.

Chiellini can still cover alot of ground fast he is a machine when fit.