He's been brilliant this season. Him, CR and Chiesa top 3 so far.

Lion said:
the best part is how consistent he has been.

Should be one of the first names on the team sheet, minor toe injury or not.

He seemed perfectly fine when he came on. 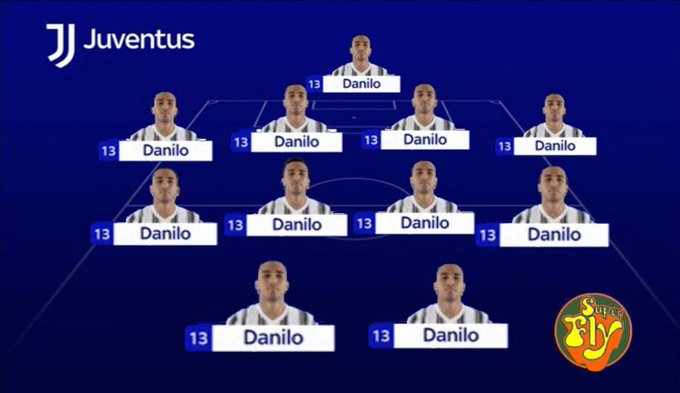 Danillo speaking out against UEFA and FIFA threats.

Osman said:
Yeah he has 3 years left on his contract and he is 30, why the heck do we need to extend it to 4th?
Click to expand...

Ali said:
Danillo speaking out against UEFA and FIFA threats.

ESL should still go ahead. But it should call itself the pioneer of football 2.0.
Where there are only seven players per team and a much smaller pitch with rolling subs. Each game is 45 mins long and fans have the option to bet on their team and win accord to their final position in the league. Guaranteeing everybody a win win scenario.

With such rules, only players with superb technical skills can play well. Boring work horses like matuidi will be irrelevant and Players like dybala will finally flourish and capture fans imaginations.

On top of that, there should be a pre game Pro Evo Soccer challenge between each team.

This will really leave Uefa and FIFA behind, in their corrupted baby boomers style of running and ruining football, where the person with the saggiest ball and greyest pubes have he final say.

Fuc the World Cup by the way. Each year, the standard drops more and more, and the referee gets awarded with more and more virgin boys.

How the hell one of your best players all season long doesn't play in the most important match of the season? Is there something I'm missing I didn't hear about?

Yeah, it was odd that Pirlo didn't use him to patch the midfield.

It's Pirlo after all, he's as clueless as one gets.

Yes it was an absurd decision to bench one of the most consistent players who at least showed some heart week in week out in the most important game of the season. Props to Pirlo for trying Danilo in that CDM role earlier this season, but its strange he didn't stick to it given how well he performed there.