Angelo Peruzzi, born 16 February 1970 in Blera, Viterbo is an Italian football coach and former goalkeeper, and a three-time winner of the Serie A Goalkeeper of the Year award. He is currently team manager for Lazio.

He is regarded by pundits as one of the greatest Italian goalkeepers of all time, and as one of the best keepers of his generation. Throughout his career he played for Italian clubs Roma, Verona, Juventus, Internazionale, and Lazio. He had a highly successful spell with Juventus, where he won three Serie A titles, the Coppa Italia, the UEFA Cup, and the UEFA Champions League, among other titles; he won a second Coppa Italia with Lazio before retiring with the club in 2007. At international level, he played 31 times for the Italy national football team from his debut in 1995, and was a member of their squad which won the 2006 FIFA World Cup. He also represented them at the 1992 Olympics, at UEFA Euro 96 (as a starting goalkeeper), and at UEFA Euro 2004.

Because of his stocky physique, he was given the nicknames Tyson, in reference to the boxer Mike Tyson's similarly powerful build, and The Boar.

Peruzzi began his Serie A career with A.S. Roma in 1987. He was loaned to Hellas Verona in 1989, but was one of the two A.S. Roma players (the other being Andrea Carnevale) to be suspended for a year in October 1990, after failing a doping test because of an appetite suppressant he was taking at the time, which contained the banned substance Phentermine. His signing with Juventus in 1991 successfully revived his career, and he soon surpassed Stefano Tacconi as the club's starting keeper, remaining with the team until 1999, and winning the Serie A Goalkeeper of the Year Award in 1997 and 1998, as well as the Guerin d'oro in 1997. Peruzzi won three Serie A titles, a Coppa Italia, two Supercoppa Italiana titles, a UEFA Cup, a UEFA Super Cup, an Intercontinental Cup, and was part of Juventus' 1996 Champions League title squad that defeated AFC Ajax in the final on penalties, saving two in the final shoot-out; he also reached two more consecutive Champions League finals with the Turin club, as well as a semi-final finish during his final season with the club. Peruzzi also won a runners-up medal in the 1995 UEFA Cup Final and in the 1992 Coppa Italia Final, and was voted to the ESM Team of the Year during the 1996–97 and the 1997–98 seasons. Over this period, several pundits began to consider him one of the most reliable goalkeepers in the world, if not the best one, due to his consistency.

After leaving the Turin club in 1999, Peruzzi spent one unsuccessful season with Internazionale, despite his excellent performances, under his former Juventus manager Marcello Lippi, finishing the league season in fourth place, and reaching the Coppa Italia Final.

The following season, he transferred to Lazio for €17.9 million, and made over 200 appearances in Serie A and European competition with the club, winning the Supercoppa Italiana in 2000, and the Coppa Italia in 2004. He kept playing at a very high level, being generally considered the best Italian keeper behind Gianluigi Buffon.

Although his contract with the Biancocelesti ran until 2008, Peruzzi retired at the end of the 2006-2007 season: after the 0–0 draw with Roma 29 April 2007, Peruzzi stated that he had played his last match due to the frustration of nagging injuries. However, he was put on in the final few minutes in Lazio's final home match of the season, a goalless draw against Parma on 20 May, as a goodbye to the fans. He was named the Serie A Goalkeeper of the Year for the third time in his career on 28 January 2008.

Peruzzi was capped 31 times in 11 years with Italy, between 1995 and 2006. He was also a member of the national squad that competed at the 1992 Summer Olympics in Barcelona, making two appearances during the tournament. Peruzzi made his senior debut under manager Arrigo Sacchi, in a 4–1 home win over Estonia, in an UEFA Euro 1996 qualifying match, on 25 March 1995, and he was named Italy's starting goalkeeper at Euro 96, although Italy suffered a group-stage elimination. He was scheduled to be the starter at the 1998 FIFA World Cup under Cesare Maldini, but suffered a late injury and was replaced by Gianluca Pagliuca.

After the 1998 World Cup, Maldini was replaced by Italy's former goalkeeper and record-setter Dino Zoff, who confirmed Peruzzi as first-choice keeper during his first year as Italy's coach. Nonetheless, after a match against Norway in 1999, Zoff decided to give Gianluigi Buffon the starting spot, and Peruzzi, who was overtaken even by Francesco Toldo, decided not to participate in the Euro 2000 as the third keeper.

He didn't play for Italy again until a friendly against Spain on 28 April 2004, then he was called up by Giovanni Trapattoni as the third keeper behind Buffon and Toldo at Euro 2004. In August 2005 he was the starter in two World Cup qualifiers against Scotland and Belarus, while Buffon was shelved with a shoulder injury; Peruzzi then served as second keeper — behind Buffon — in the 2006 FIFA World Cup, as Italy won for the fourth time. Even though he didn't take the field, he played an important role with his leadership and experience, said his teammate Daniele De Rossi. He retired from international football after the tournament.

A powerful, athletic, and consistent goalkeeper — although injury-prone —, Peruzzi was renowned for his strength, positioning, reactions, and agility, despite his physique; he particularly excelled at rushing off his line to parry the ball on the ground, as well as at anticipating his opponents outside the penalty area. Due to his modest height for a goalkeeper, he was less effective at coming out to collect crosses, and preferred to punch the ball out rather than trying to catch it. While he was extremely gifted acrobatics-wise, he performed spectacular dives only in case of strict necessity: he indeed believed that «a great keeper must walk across the line: this way he disheartens the opposing strikers, because he seems to save shots effortlessly».

After his retirement, Peruzzi worked in the Italian national team staff as one of Marcello Lippi's collaborators. Then he was appointed Ciro Ferrara's assistant in the Under-21 team and, in 2012, he followed him at Sampdoria in Serie A.

had to be done
OP
OP

Indeed. What a legend. He brought us the only CL.

By default, I presumed he already had his thread.

there was no Peruzzi thread?

The calmness in those pks.

Yeah Lippi took him to merda but it not uncommon for our legends trying out the shit. Lucky for him, it was only one season.

Sent from my HTC One M9 using Tapatalk

What a penalties!!!! Van der saar guessed eveyrthing and still...brilliant

Allways liked him. But I won't forgive him for being too short for Lars Rickens fucking shot...

Osman said:
Allways liked him. But I won't forgive him for being too short for Lars Rickens fucking shot...
Click to expand...
Stoooop

Osman said:
Allways liked him. But I won't forgive him for being too short for Lars Rickens fucking shot...

He had no business straying that far off his line

We had just pulled a goal back, were in the ascendancy, and then Bewm! I fucking hate Porrini as well. 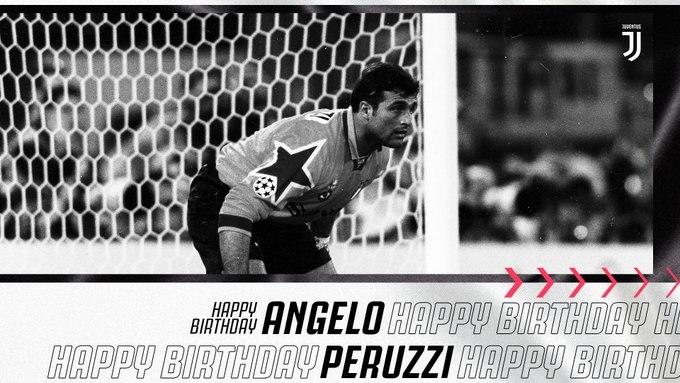