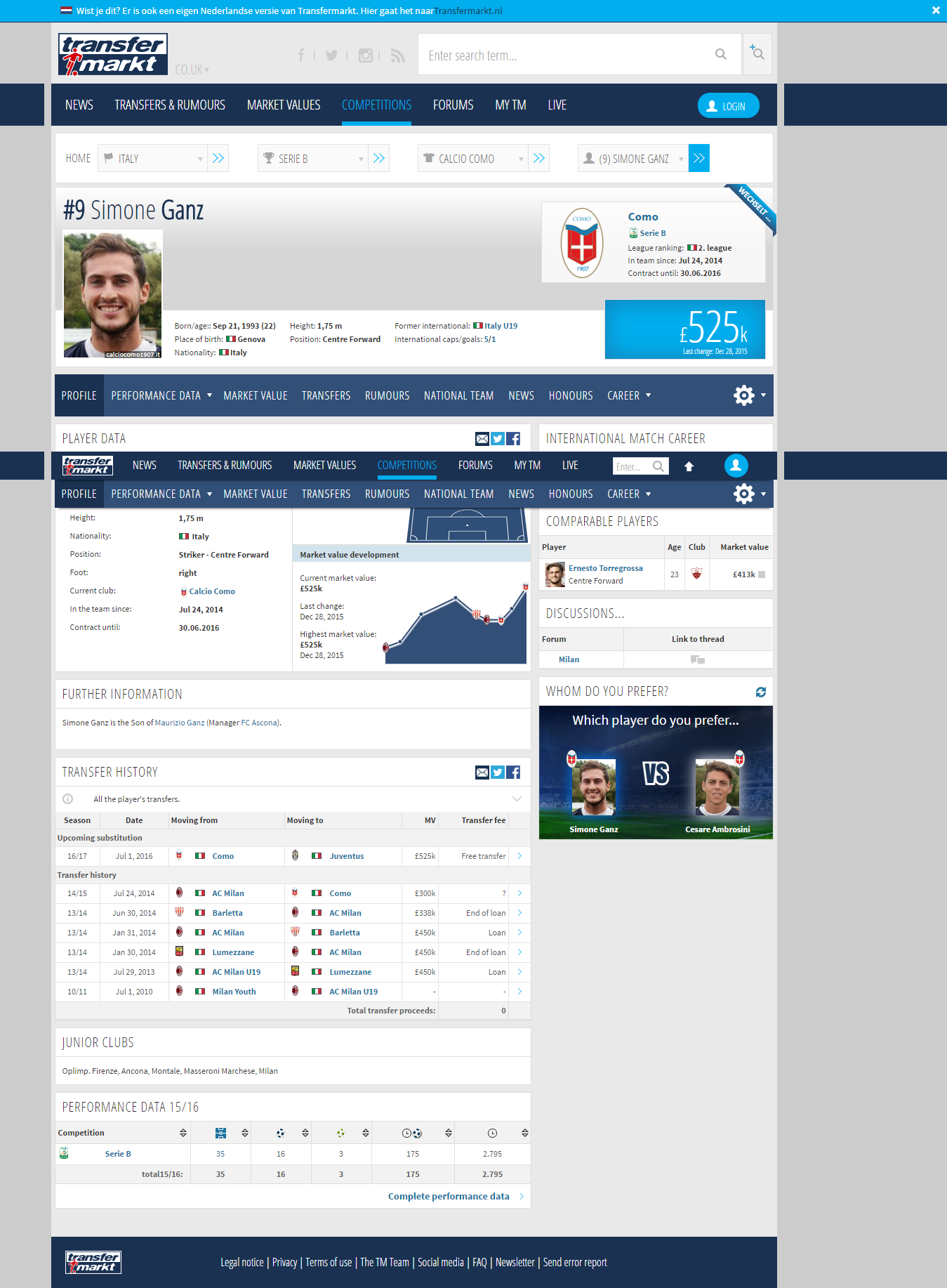 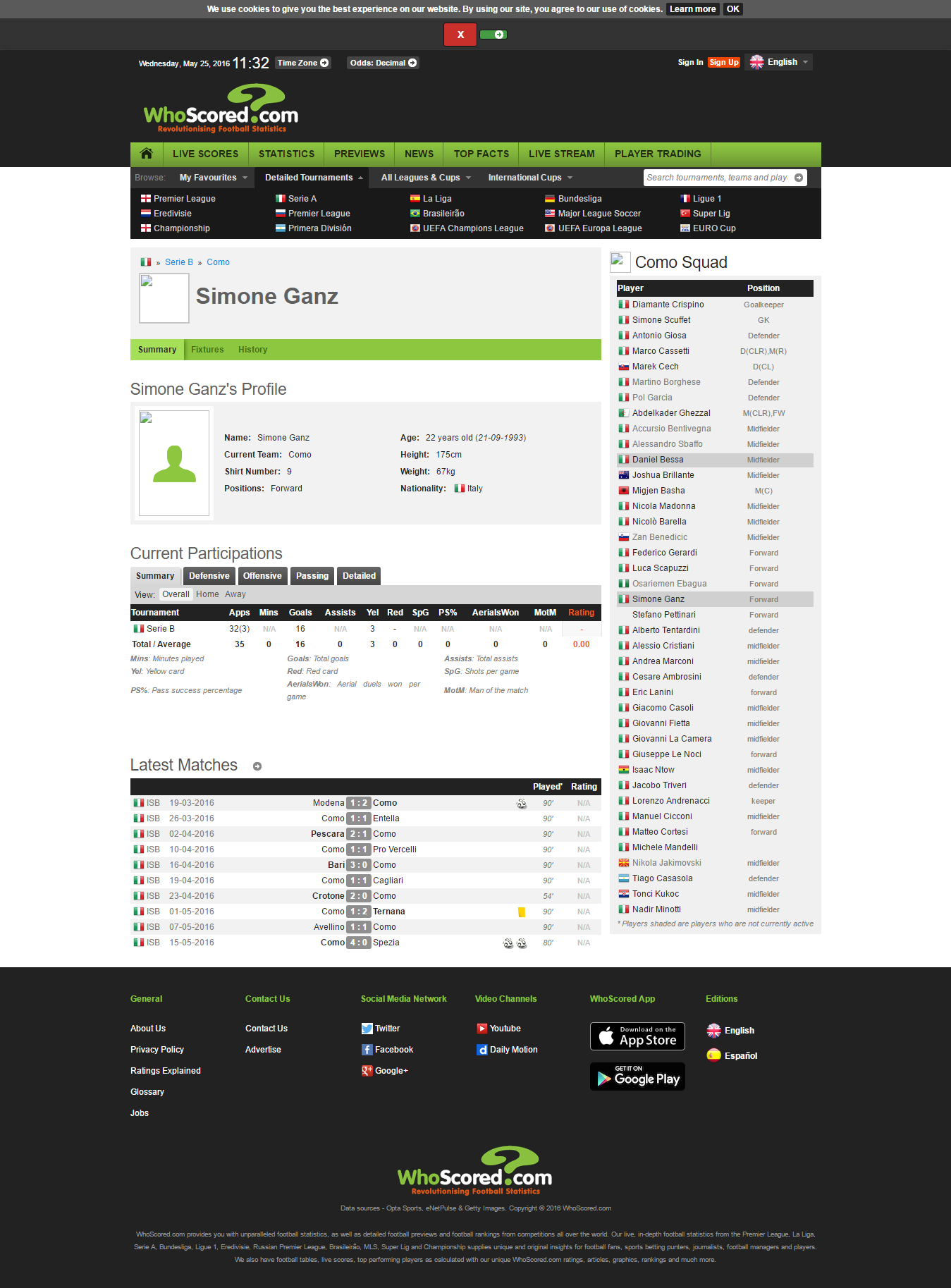 SIMONE GANZ: ‘I’VE SIGNED WITH JUVENTUS’
MAY 24, 2016
Simone Ganz has confirmed he’ll be leaving Como to join Juventus on a four-year contract.

The 22-year-old former Milan youth product has had a strong season, netting 16 goals for Como in Serie B, but it wasn’t enough to keep them from relegation.

“It has been a wonderful experience and scoring 16 goals in my first Serie B campaign is important,” he told TuttoMercatoWeb.

“Milan was the place where I grew up and a club I have to thank. I would’ve expected things to go differently, but this is football.

“I have signed a four-year contract with Juventus, the most important club in Italy, so I’m happy.”

He is expected to be loaned out to Sassuolo.

Click to expand...
He said he has signed a 4 year contract with Juventus, so yes I think himself is a reliable source.
I think we will loan him out (what is expected) to Sassuolo. I mean he is only 22 and did really wel by Como. Anyone know what Sass will do with Trotta? He didn't had an impact on the team.

Is he related to Maurizio?

X said:
Is he related to Maurizio?
Click to expand...
its his son

X said:
Is he related to Maurizio?
Click to expand...
It's his son, that's why he played for Meelan.

on loan to hellas verona.

Is he related to the old Ganz?

I don't know why but I liked Maurizio back in his days.

JCK said:
I don't know why but I liked Maurizio back in his days.
Click to expand...
I remember he was a lucky shitcunt, but a likable player. In that 99 season, Milan were incredibly lucky. I still don't know how they managed to beat Lazio for that Scudetto.

[video=streamable;fcmy]https://streamable.com/fcmy[/video]
Click to expand...
according to transfermarkt, that's a header