Paul Labile Pogba (born 15 March 1993) is a French footballer who plays for English club Manchester United. Of Guinean descent, he operates primarily as a midfielder and is comfortable at playing both in attack and defence.[2] Pogba is described by his club as a "powerful, skillful, and creative" player who has "an eye for goal and a penchant for the spectacular".[3]

Pogba started his football career playing for local amateur clubs in Paris such as US Roissy-en-Brie and US Torcy before joining professional club Le Havre in 2007. He played for Le Havre for two years before venturing to England to join Manchester United in 2009. Pogba's transfer was subject to controversial debate as his former club accused the English club of tapping up the player.

Pogba is a French youth international having represented his nation at all levels for which he has been eligible. With the under-16 team, he captained his nation to victories at the Aegean Cup and the Tournoi du Val-de-Marne and, at under-17 level, played at the 2010 UEFA European Under-17 Football Championship.

Pogba was born on 15 March 1993 in Lagny-sur-Marne, a commune in the eastern suburbs of Paris, to Guinean parents. He has two older brothers who are also footballers. Florentin, the eldest, currently plays for Sedan in France, while Mathías plays for Welsh club Wrexham after successfully trialling in August 2010. Florentin was previously a member of the Guinea national team and made an appearance with the team in a friendly match in August 2010. In June 2011, he began representing France at youth level and currently plays on the under-21 team.
Club career
Early career

Pogba began his football career at age six playing for US Roissy-en-Brie, a few miles south of his hometown. He spent seven seasons at the club before joining US Torcy where he served as captain of the club's under-13 team. After one season with Torcy, Pogba joined professional club Le Havre. In his second season at the club, Pogba captained its under-16 team to the final phase of its domestic league, the Championnat National des 16 ans. Le Havre finished second to Lens in the final group phase finishing ahead of the likes of Lyon and Nancy. Pogba also established himself as a youth international for his country. His performances domestically and internationally led to interest from English clubs Arsenal and Liverpool, as well as Italian club Juventus.
Departure to Manchester United
See also: 2009 English football tapping up controversy

"The player [Pogba] and his parents refused to keep the arrangement because Manchester United offered very high sums of money to the parents of the [player] with the aim of obtaining the transfer of their son."
Le Havre's response to Pogba's decision to join Manchester United.

On 31 July 2009, Pogba announced that he was departing Le Havre to join the youth academy of Manchester United in England. The move stunned his parent club as it allegedly had a "non-solicitation agreement" with Pogba, which was agreed to by not only the player, but also his parents in 2006. The agreement, which was in place until the end of the 2009–10 season, allowed Le Havre to signed Pogba to an aspirant (youth) contract once the player met specific age and scholarship requirements. On 1 August, Le Havre released an official statement on its website criticizing Manchester United and the Pogba family. Le Havre also announced its intent to ask FIFA to probe the situation.

In response to Le Havre's accusations, Manchester United threatened to sue the club, while Pogba denied he was leaving Le Havre for monetary reasons, which Le Havre president Jean-Pierre Louvel had alleged to be £87,000 and a house. Le Havre was also accused by Pogba's former club Torcy of using the same tactics it purported Manchester United to have used when the club acquired Pogba from its youth academy. On the same day of Pogba's announcement to depart for England, Torcy released a press release on its official website criticizing Le Havre's accusations stating "We will not use the term "steal", but the recruiters of Le Havre acted the same way with the club in Torcy". The club cited Le Havre's acceptance of allowing Pogba to sign an amateur license with the club without notifying Torcy as its primary reason why. On 7 October, Manchester United were cleared of wrongdoing by a judge appointed by FIFA with the judge declaring that Pogba was not contractually linked to Le Havre.[16] Despite having the option to appeal, on 18 June 2010, Le Havre officials confirmed that the club had reached an agreement with Manchester United for the transfer of Pogba. The terms of the agreement are confidential.
Manchester United

Pogba completed his transfer to Manchester United on 6 October 2009 and made his debut with the club's under-18 team on 10 October against Crewe Alexandra in a 2–1 defeat. He finished the 2009–10 under-18 campaign with 19 starts and seven goals. The team finished first in their group, but lost 5–3 on penalties to the Arsenal Academy in the semi-final playoffs. In April 2010, Pogba was a part of the under-18 team that successfully defended their title at the Torneo Calcio Memorial Claudio Sassi-Sassuolo in Bologna, Italy. In the 2010–11 season, Pogba remained on the club's academy team in the Premier Academy League and played with the team during the first three months of the season. In November 2010, he was called up to the club's reserve team and made his debut on 2 November 2010 in a 3–1 win over Bolton.[20] On 10 January 2011, in the FA Youth Cup, Pogba scored a long-range goal, described as "a real screamer", in the team's 3–2 victory over Portsmouth. The win allowed the team to progress to the fourth round of the competition.[ A month later, Pogba scored a similar goal in a 3–2 defeat to West Bromwich Albion in the Academy League.

On 19 February 2011, Pogba was one of four academy players that earned a promotion to the first-team squad by manager Alex Ferguson ahead of Manchester United's FA Cup fifth round match against Crawley Town. Pogba was assigned the number 42 shirt. He failed to appear in the match and later made the bench in the team's 22 February league match against Wolverhampton Wanderers, but, for the second consecutive time, did not make an appearance. Pogba ultimately finished the campaign with no senior team appearances. After the match against Wolverhampton, Pogba returned to youth level to continue contesting matches in the FA Youth Cup. In the team's two-legged semi-final encounter against Chelsea in the competition, Pogba converted a goal in the first leg, a 3–2 defeat, and provided the assist on the opening goal in the second leg, a 4–0 win. In the final of the competition, Manchester United defeated Sheffield United 6–3 on aggregate to win its 10th Youth Cup title. Pogba started and played the entire match in both legs.

Ahead of the start of the 2011–12 season, Ferguson confirmed that Pogba will feature with the senior team during the season stating "I mean if we hold Pogba back, what’s going to happen? He’s going to leave. You know, in a couple of years’ time when his contract is going to finish. So we have to give him the opportunity to see how he can do in the first-team and he’s got great ability".Pogba was promoted to the club's reserve team permanently for the 2011–12 season and made his season debut on 15 August 2011 in the team's opening Premier Reserve League match against Arsenal. On 25 August, in a team's second league match against the Swansea City reserves, Pogba scored the second goal for the team in a 6–0 rout. On 19 September, he was named to the first-team to participate in the team's Football League Cup tie against Leeds United that was played on the following day with Ferguson proclaiming that "I intend to play him [Pogba] against Leeds United". Pogba, subsequently, made his professional debut in the match appearing as a half-time substitute. Manchester United won the match 3–0. Pogba made his second appearance against Aldershot Town in the Fourth Round of the League Cup on 25 October 2011.

On 31 January 2012, he made his Premier League début against Stoke City replacing Javier Hernández in the 72nd minute.
International career

Pogba is a French youth international and has earned caps at all levels for which he has been eligible. Prior to his international debut, Pogba was named captain of the under-16 team by coach Guy Ferrier. He made his youth international debut on 23 September 2008 in the team's opening match of the campaign against Wales in Llanelli. France won the match 4–2. Under Pogba's leadership, the team recorded impressive victories over Uruguay and Italy in the Tournoi du Val-de-Marne, and defeated the Republic of Ireland by a combined score of 8–2 over the course of two matches. On 31 January 2009, he scored his first youth international goal in the 2009 Aegean Cup Final against Norway. The goal gave France a 1–0 lead and the team won the match 2–1 to win the tournament. Pogba finished the under-16 campaign with 17 appearances and one goal.

For his role in allegedly breaking his contractual agreement with Le Havre, Pogba was suspended from international duty by the French Football Federation for six months. As a result, Pogba was stripped of the captaincy and made his debut with the under-17 team late in the campaign on 13 February 2010 against England at the Algarve Cup.He was a part of the team that played at the 2010 UEFA European Under-17 Football Championship scoring both of his goals with the team at the tournament. He scored the only goal in the team's 1–0 victory over Portugal in the group stage and netted his second in the team's 2–1 loss to England in the semi-finals. Following the departure of Ferrier as the team's youth international coach, Pogba was re-instated as captain at his age level by new coach Pierre Mankowski. Mankowski had previously been the assistant manager of the senior national team under the reign of Raymond Domenech. Pogba made his under-18 debut on 27 October 2010 at the Tournio de Limoges against Greece in a 4–1 victory. On 24 March 2011, Pogba scored his first goal with the team netting the game-winning goal in a 2–1 win over Germany. The goal was scored from over 30 metres (33 yd) out.

Pogba made his debut with the under-19 team in its first match of the season against Italy on 6 September 2011. In the match, he assisted on two goals, scored by Jean-Christophe Bahebeck and Anthony Koura, in a 3–1 victory. On 29 February 2012, he scored his first goal for the team in a 2–1 defeat to Spain.

another one in OTM_tuz's book.

The opposite of guillermo stabile... 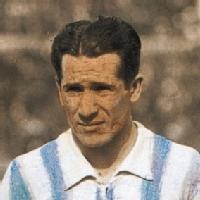 Salvatore said:
Di Marzio succeeds again, well done to him.
Click to expand...
OTM knew it before him.

Oh, this is going to piss my brother so much.

Oh, this is going to piss my brother so much.
Click to expand...
Who does your brother support?

Mark said:
OTM knew it before him.

Click to expand...
OTM probably got it from him. Can't blame them either.

Salvatore said:
OTM probably got it from him. Can't blame them either.
Click to expand...
fuck you!

Fr3sh said:
Who does your brother support?
Click to expand...
Man Utd. The team we took Pogba from.

Users Who Are Viewing This Thread (Users: 0, Guests: 7)