Click to expand...
Now that he's playing much better, what's his value now?

What are neymar's and Mbappe's?

Dru said:
We fall apart without him in the line up

get right asap my sweet bosnian bitch
Click to expand...
Imagine if one of our 3 better CMs were out of the line-up... dooooooom!

What are neymar's and Mbappe's?
Click to expand...
@Orgut

Post Ironic said:
Imagine if one of our 3 better CMs were out of the line-up... dooooooom!

Imagine if he could take freekicks too.

Won't be tested against Torino. Higuain called back up.

Juventus midfielder Miralem Pjanic will not be risked against Torino, as Gonzalo Higuain returns to training before the Derby della Mole this weekend.

Both players picked up injuries against Lecce and were forced to miss the 2-1 win over Genoa this week.

Pjanic is still sore from a muscle problem in his thigh and will not be risked against the archrivals, to prevent aggravating the issue.

The scans have shown no tear in the Bosnian’s muscle and he will soon be back in contention for the Bianconeri, but they will take things slowly as a precaution to be sure the playmaker can contribute in a tight program.

Tuttosport do report that Argentinian forward Higuain will be available to play at the Stadio Olimpico di Torino, as the CAT scan proved to be negative.

The former Napoli man was spotted on the training ground today, as Maurizio Sarri has two days to prepare for the local derby.

Higuain's clash with Lecce goalkeeper Gabriel didn’t cause any damage of concern other than a cut.

We are hopeless without him.

We need him at beast mode as he seems to be the only midfield player who can create something. This is just embarrasing, we want to win the Cl and have only one play in the middle who is useful. 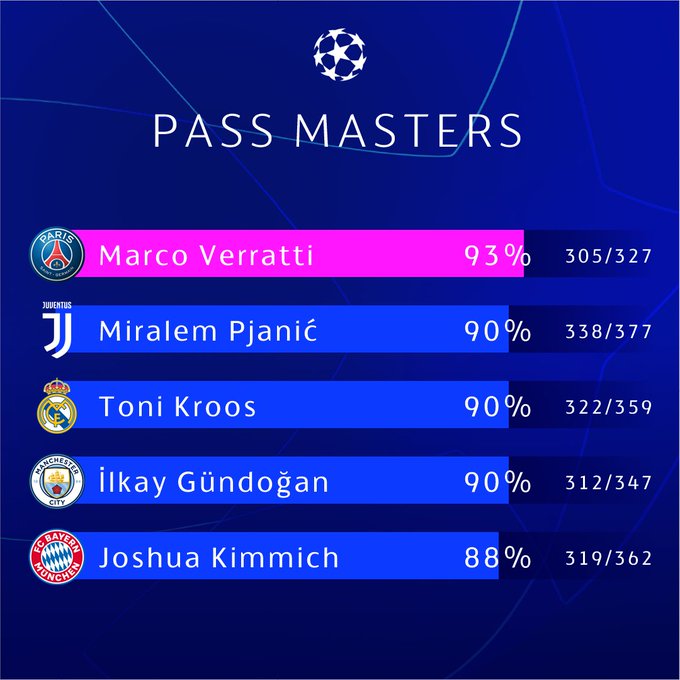 If Beppe had only paid those €12M

Verratti is one of the very best midfielders of his generation, significantly better than that overrated dab merchant in Manchester.

Nedved96 said:
Verratti is one of the very best midfielders of his generation, significantly better than that overrated dab merchant in Manchester.
Click to expand...
And he's been always underrated on Tuz

I guess it hurts when you think of how close we were to buying him and how little it woukd of took so it's easier to accept by underrating him.

Biggest Beppe's fuck up. And to think that in Turin Marco quite possibly won't become a smoking/drinking idiot, but live up to his potential

Nedved96 said:
Verratti is one of the very best midfielders of his generation, significantly better than that overrated dab merchant in Manchester.
Click to expand...
In big games too bad.

I have seen Verratti have multiple world class performances in the Champions League against elite opposition like Barcelona, Real Madrid, Bayern Munich etc...

Meanwhile Pogba hides like a bitch the moment he has to face an opponent at the level of Tottenham.