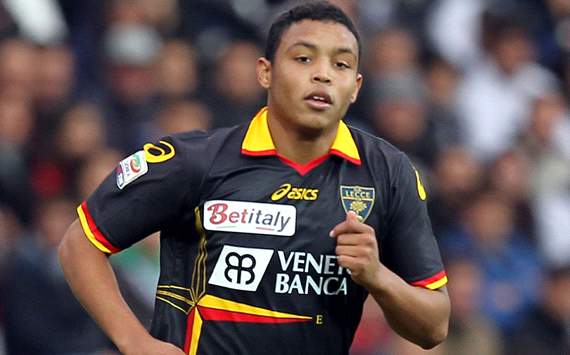 
Udinese and Granada
On the 22nd of June, 2010, Udinese Calcio signed the 19-year-old Colombian midfielder from Deportivo Cali after he had scored 9 goals in 10 games in the Colombian league. He was loaned to Granada CF of Spain's Second Division to get European experience on 12 July 2010 as Udinese did not wished to spend their no-EU registration quota on Muriel. While at Granada he made seven appearances in total but did not manage his debut goal in European competition. When he returned to Udinese at the end of the season they decided to loan him out again for the 2011-12 season, this time to fellow Italian Serie A side U.S. Lecce. It is because Udinese did not wish to use its own quota on Muriel (and &#381;eljko Brkić), so Lecce "signed" Muriel outright from Granada and in January 2012 sold Muriel back to Udinese in domestic, and Udinese formed a new loan deal with Lecce.

International career
Muriel played for the Colombian U-20 national team. He scored 4 goals.
​
(All text copied from Wiki)


According to some sources valued to about 8 mln euro, with Arsenal, Juve, Milan, Roma, Barca, Napoli (pretty much everyone/no one) keeping an eye on his progress. Looks like an interesting prospect imo.

Hah, Udine did it again.. What a great scouting team they have.