Does she do ASMR?

Being a victim of racism really changes your perspective and perception of many things. Don't downplay her experience, you can tell that she's had it bad somewhere in her life. 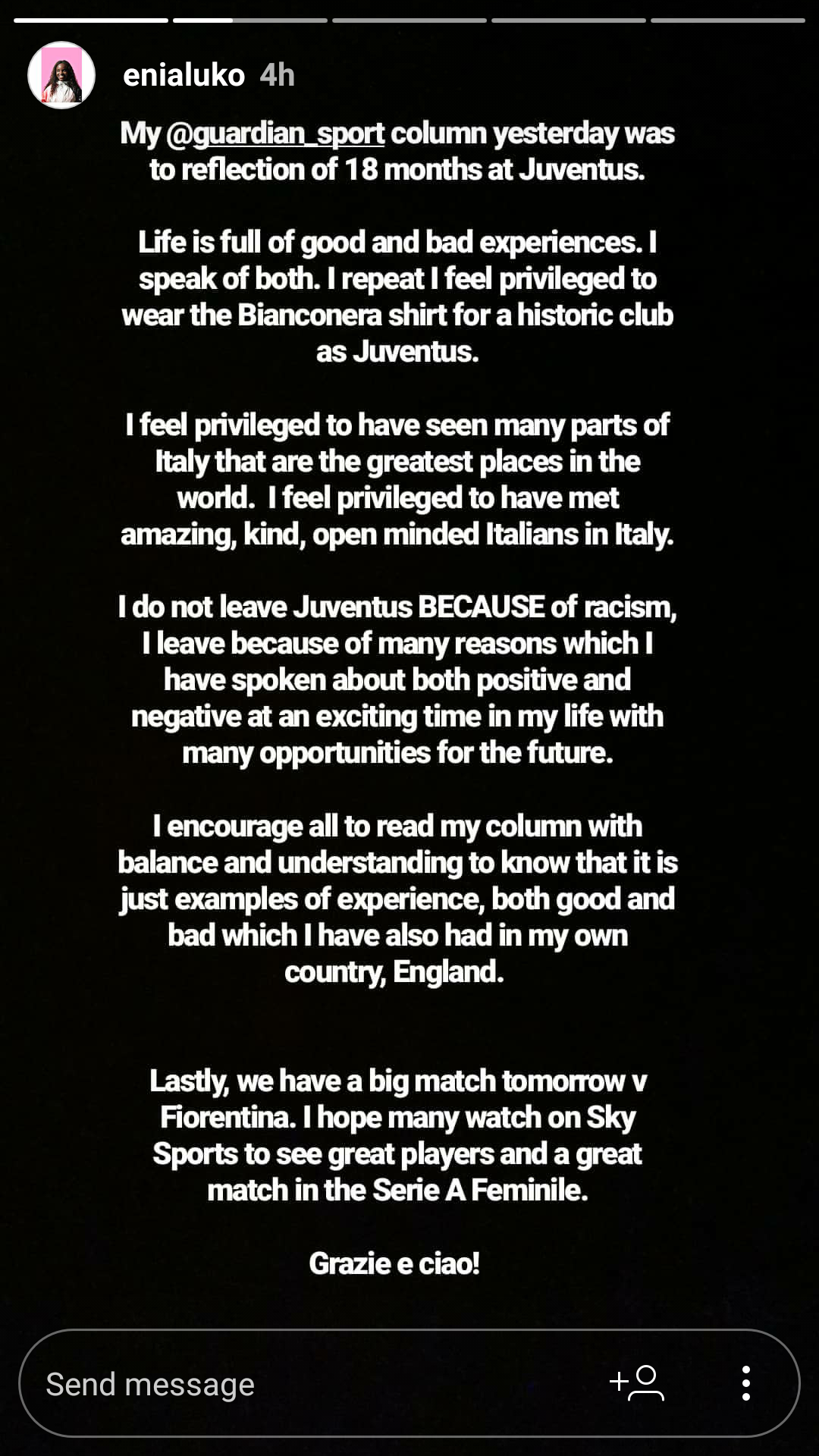 Eni Aluko: Every time I landed at Turin airport, I was treated like Pablo Escobar – sniffer dogs were being set upon me

To listen to whether Enio Aluko plans to continue her playing career is to dance a curious semantic ballet, like trying to decipher a flurry of crossword clues. “There’s things off the pitch going on here that are very exciting,” says the 32-year-old, who last month abruptly announced her departure from Juventus, 18 months into a two-year contract. “I don’t know how much more I can put that on hold. Even if you push something six months back, it can really affect that opportunity.”

Does that mean she has decided between playing and punditry? “Yes.” Will she say which? “No.” Is it playing? “It could not be. I’m at the end of my career. I’m of the mindset of the next five years, as opposed to the next year. At 32, am I going to get a two, three-year contract? Probably not. If I’m doing stuff now in the media or in football, that’s going to help me for the next three years.”

With the reigning Italian champions, Aluko won the league, the Italian Supercoppa and the Coppa Italia. Clearly she can still hold her own with the elite. “I feel like I can continue playing,” she says, “but the mind and body are different things. You can feel very tired mentally but good physically. Am I passionate about it still, regardless of how I feel physically?” She was at Chelsea last week, but “just visiting” manager Emma Hayes.

Aluko has made a decision, in any case, but after an emotionally arduous final six months in Italy returned to England to find clarity.

She knew she wanted out in October, “although I was kind of going back and forth with it”. After that first season she considered leaving but felt she had unfinished business in the Champions League: when Juventus exited at the round of 32 this season, against Barcelona, she questioned their ambition.

“There’s a real kind of, ‘If it’s not broke, don’t fix it’ kind of mentality,” she says. “I’m used to being part of a team constantly pushing the envelope. Juventus was the complete opposite. I’m not sure what their ambition is in the Champions League. I can’t change it alone. That made me think, let me prioritise the things that get me out of bed, get me excited.

“It’s not really a sense of frustration, but a case of what fits this point in my life.”

There were other things. Racial profiling is rife in Italy, she says. In shops she would be met with an interrogation. “‘What are you doing here? Why are you here?’ The minute I say I play for Juventus, the whole atmosphere changes. But if I didn’t play for Juventus, it wouldn’t. I found myself having conversations in broken Italian: ‘You cannot make me feel as if I’m about to rob the store just because of your fear and your ignorance.’ Every time I landed at Turin airport, I was being treated like Pablo Escobar. Sniffer dogs were being set upon me.”

Is England much better, given reported hate crime has more than doubled since Brexit? “Racism is everywhere. What’s important is that in England, usually, people are outraged. It’s not normalised, because that behaviour is called out. In Italy – in men’s football, in particular – the reaction of owners and fans says everything you need to know. Those are the nuances. You choose your poison, in a way. London is the most amazing city in the world because I see people from all over.” Juve offered little support for their international players – there is no player liaison officer – and cultural differences sometimes proved difficult. “Players sit in certain positions on the dinner tables. It’s quite hierarchical. You’re told to get up and move if you’re sat in someone’s seat. It’s very high school. That was part of the culture of the team – I thought it was rude. I thought players should always intermingle.

“You have to adapt to that country – but in a football team, you have to compromise a bit.”

She emphasises it was not all bad, just as she has accepted, begrudgingly, that there may always be those who view her career through her 2015 dispute with the Football Association that led, indirectly, to the dismissal of Mark Sampson as England manager. He was sacked for inappropriate conduct in an earlier role, which surfaced after the FA covered up Aluko’s complaint that he had directed remarks “discriminatory on the grounds of race” at her and another player. She is forever cast as the whistleblower. “I try not to think about it because I can’t really control how people want to view my life. People know what they’re doing when they try to define me that way.

“There’s a lot of selective ignorance. It helps the race discourse to put me in that box, knowing that’s not all my life is about. I don’t respect those kind of people, because it’s a very one-dimensional way of thinking. I’m intolerant of those kind of categorisations.

“But racism is clickbait. I turn down a lot of interviews about racism because I feel too many don’t care about the actual issue.” Does she feel that black people are being used as rent-a-quotes? “A hundred per cent. You’ve said it perfectly. Not only black people care about racism.”

Despite attending a diversity course, the FA have charged Sampson, now the Stevenage caretaker manager, for an alleged racist remark about a transfer target. “I don’t wake up thinking about him,” Aluko says. “I don’t wake up caring remotely about what he’s doing. I do believe everybody deserves a second shot, to move on. Him going to Stevenage – I thought, good on you. Doesn’t affect my life. That he’s got himself in this situation now only speaks to the power of what I said before. It doesn’t make me feel good or bad – just that racism is a mindset that will keep coming out in your behaviour.”

Aluko is grateful to be here at all, given what happened in March. A build-up on the motorway; the car in front of her jolting to a stop; her car flipping on to its roof. One more revolution would have planted her in a lane of oncoming traffic. As it was, not a scratch.

“I thank God for that day all the time, because another person could have died. It wasn’t my time to die, as morbid as that sounds. I’m very grateful for that day.” And every day, whatever they hold.

So much negative press, when we should be the front runners in setting examples.

I've scouted a new talented player for our Women's Team, most talented spanish player Aitana Bonmati she is capable of many things 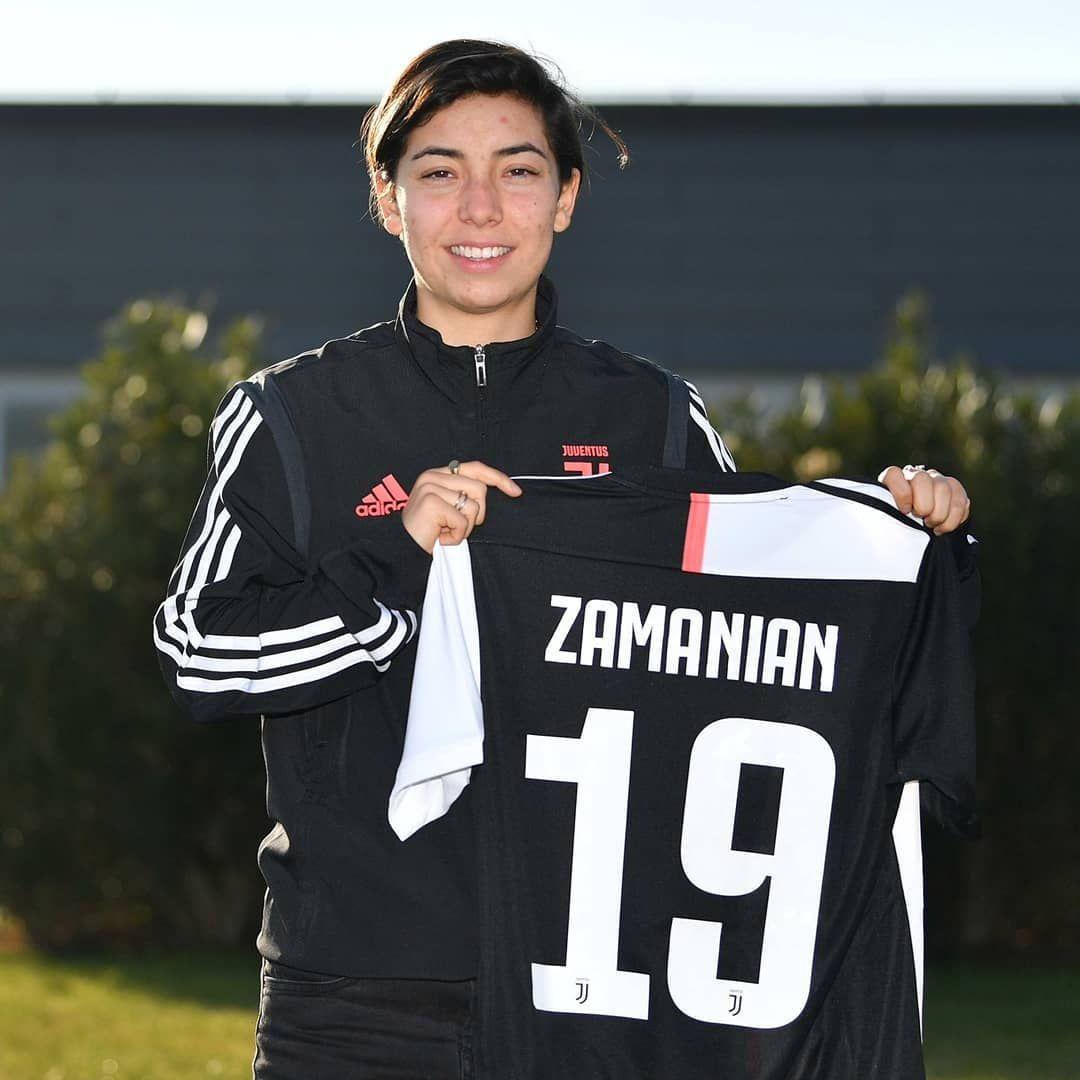 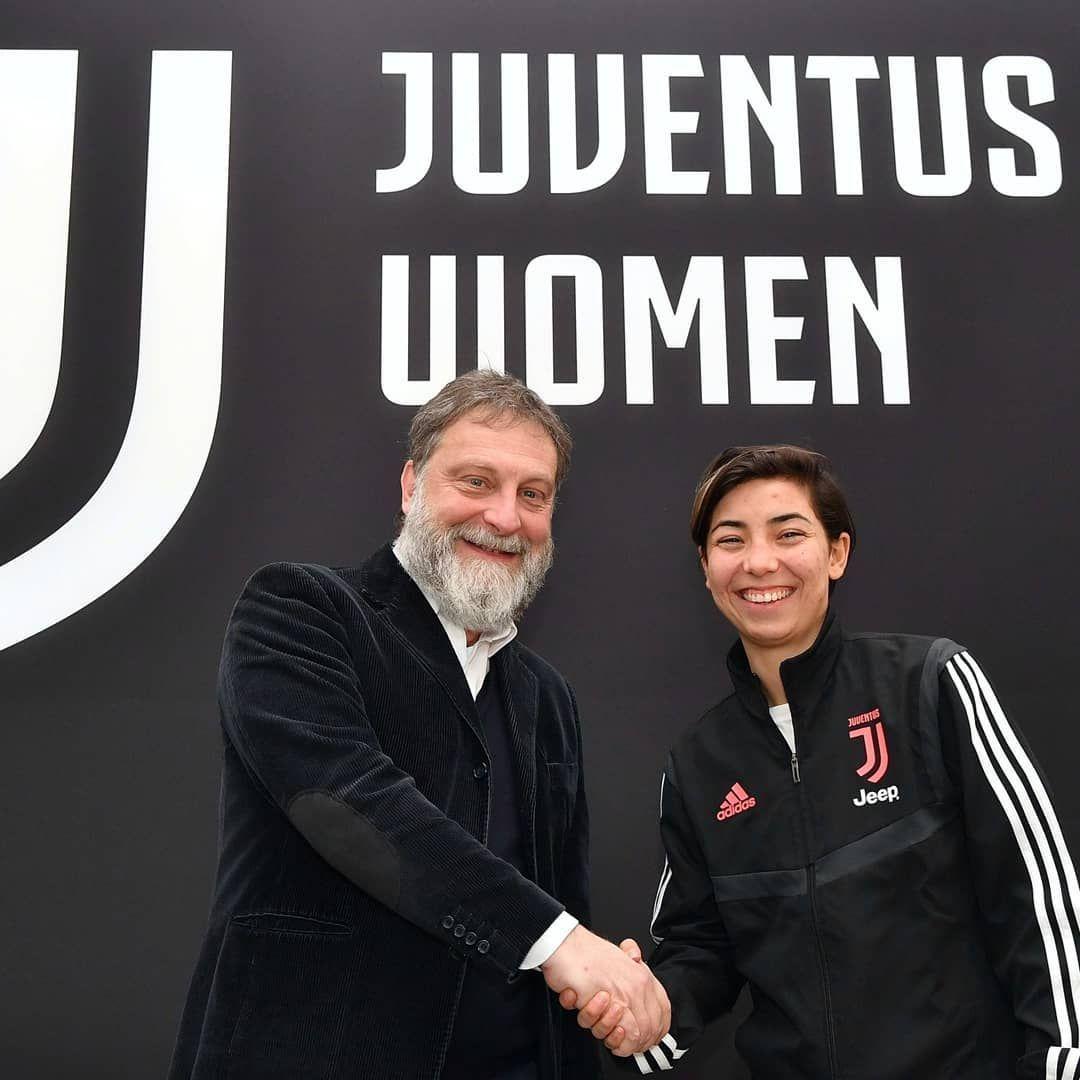 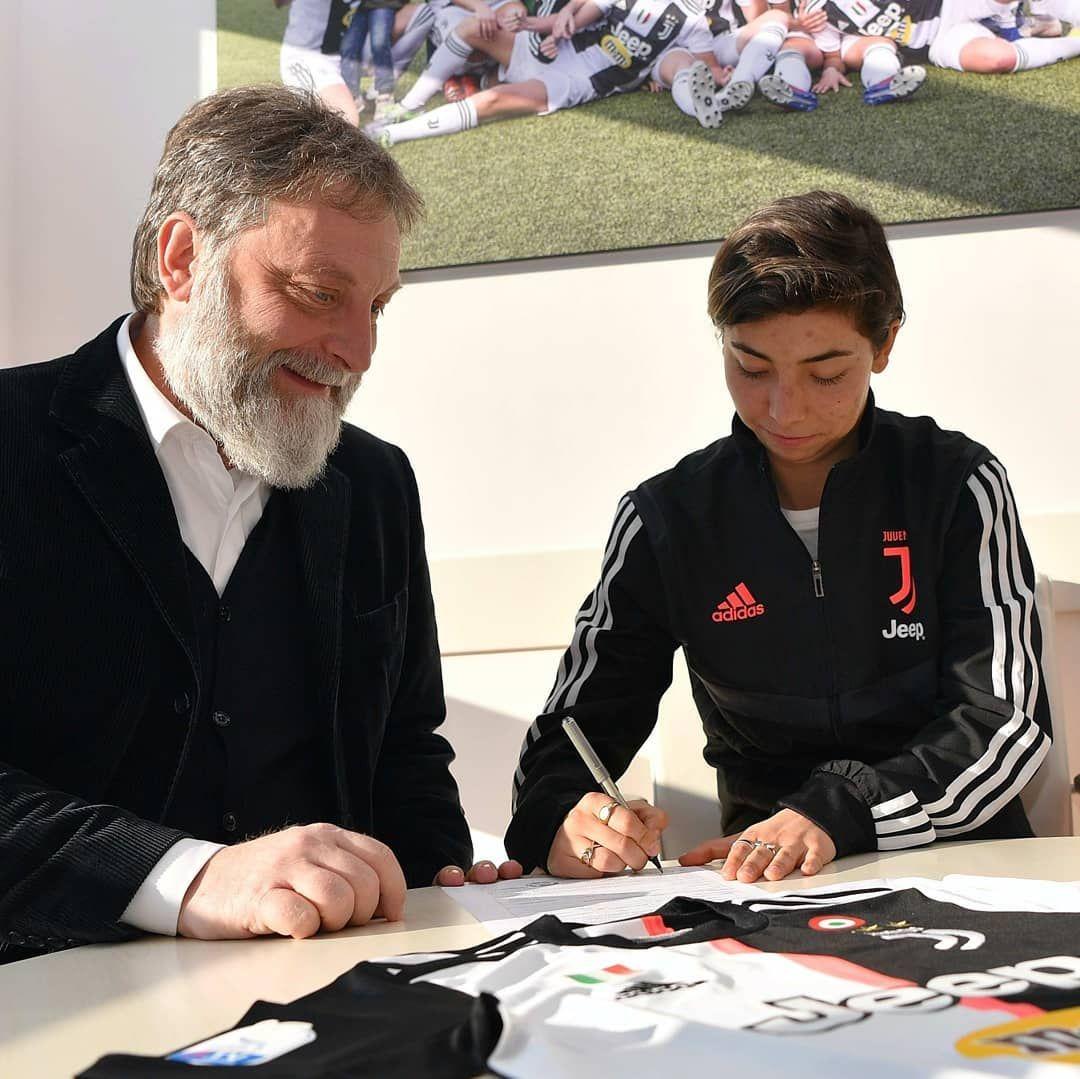 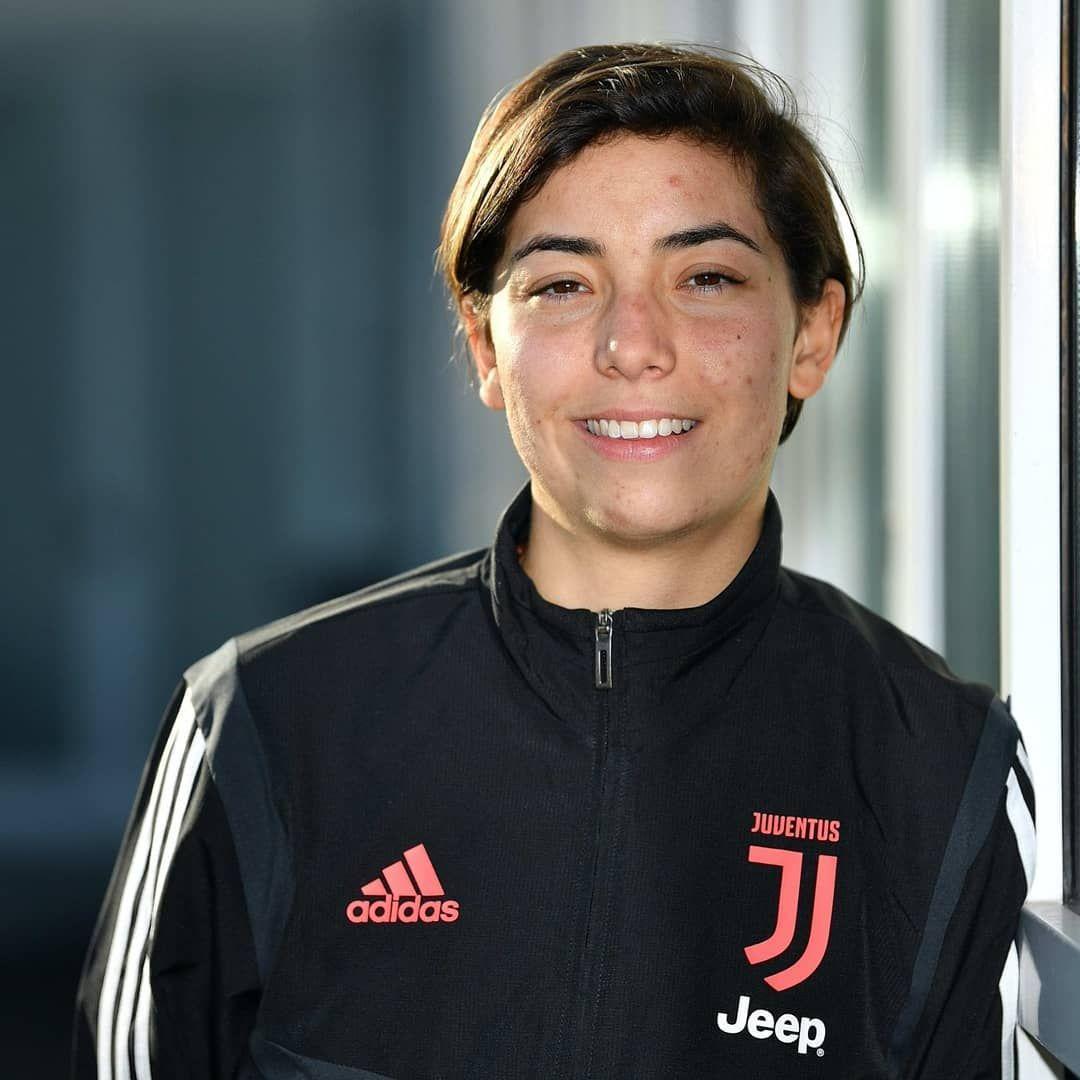 So Aluko has retired from football... Probably blaming the lack of interest in her due to her skin colour as well.

DAiDEViL said:
I'll take Bentancur.
Click to expand...
not gonna lie but I would too!

the state of khedira though

de sciglio reminds me of a young victoria beckham

Pjanic looks like a whore with those BJ lips
OP
OP

dybalina looks like that chick from the arrow, willa holland 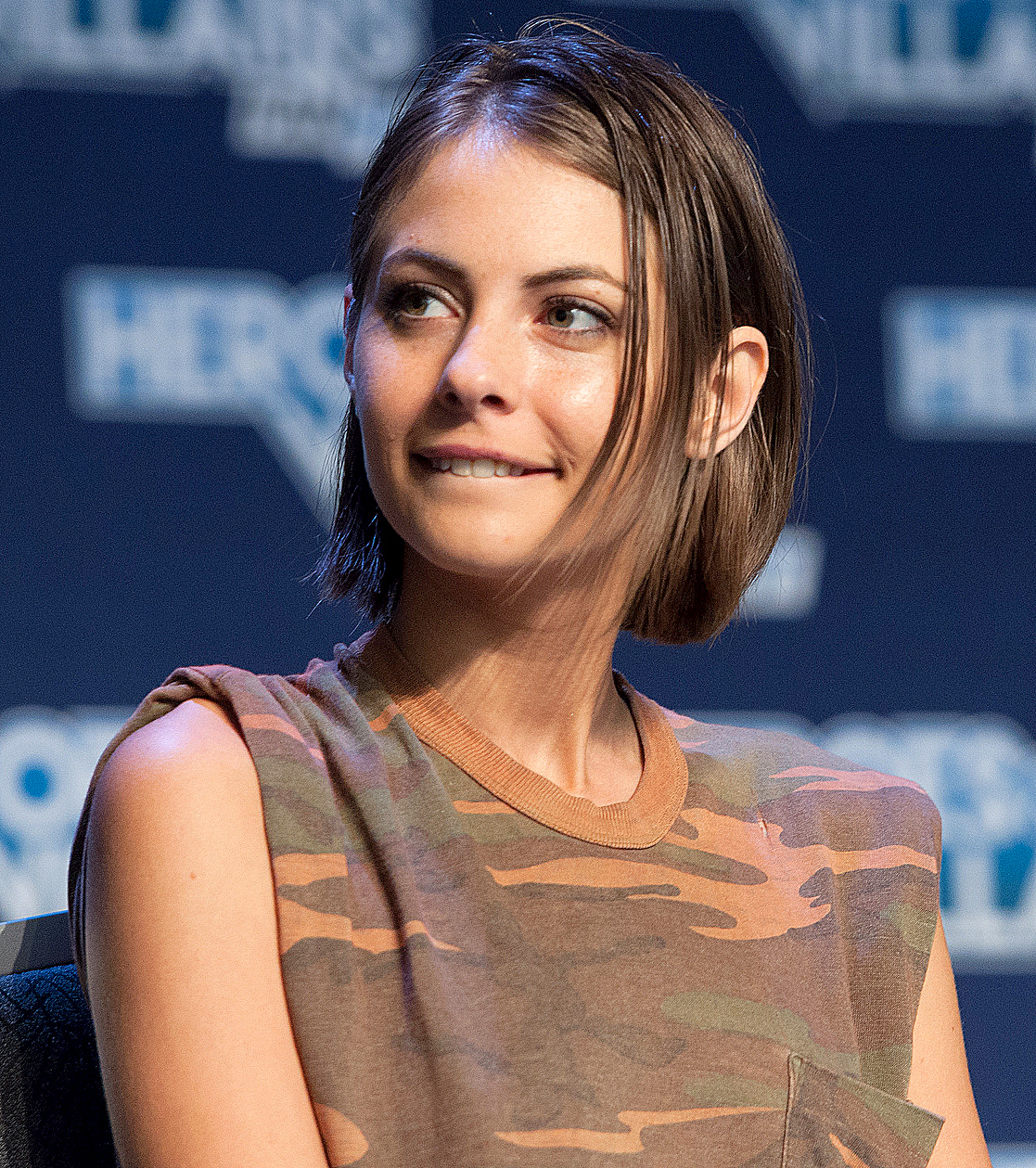 DAiDEViL said:
I'll take Bentancur.
Click to expand...
Cheat on Samia Khedira, you will soon receive the visit of her 4 brothers, ciao buddy

Badass Dybala said:
not gonna lie but I would too!

the state of khedira though

de sciglio reminds me of a young victoria beckham

Pjanic looks like a whore with those BJ lips
Click to expand...
Sami's face cracked me up too

Looks so bitchy. Pjanic too.

Gagi said:
dybalina looks like that chick from the arrow, willa holland

DAiDEViL said:
Sami's face cracked me up too

Looks so bitchy. Pjanic too.

Click to expand...
Brazilians and TS go hand in hand...

pjanic, bentancur, and de ligt. De Sciglio is hot too.