The Quazis said:
Very nice, would gladly swap some scrubs from current Serie A for Frosinone with the new stadio.
Click to expand...
Indeed, Chievo maybe? Bentegodi most ugly stadium in Serie A, and I like Hellas more than Chievo
Frosinone has a good start and are second now so maybe we will see them next year (again).

Stadium looks nice, especially for a Serie B club

Watching europa league round up yesterday, amazing to see so many unknown teams (to me at least) with far superior stadiums to the majority of Serie A clubs

The Project of the New Stadium of Cagliari&#65279;
Sportium has obtained the greatest preferences

Cagliari Calcio has identified in the Sportium consortium the candidate for the definitive and executive design of the new home for the red and blue supporters. The other two projects were presented by Tractebel Engie with Gau Arena and J+S with One Works. Before the formal assignment of the task, a necessary phase of in-depth analysis with the chosen group now begins, aimed at defining all the contractual and operational aspects.

Sportium encloses partners Progetto CMR, iDeas, B&L Real Estate and Manica Architecture, belonging to the American David Manica, archistar who has put his signature on the projects of stadiums and arenas all over the world.

From the very early stages of the decision-making process, the club has wanted to involve in the choice institutions, fans and media. The three projects, selected out of 25 proposals, were displayed in a conference - broadcasted live on the red and blue social media - and then exhibited at Sardegna Arena. The exhibition, open to all from the 1st to the 9th of March, showed a real success with the public and participation: over 5,000 were the people involved among those who chose to visit the exhibition and to indicate - also from home - the stadium model preferred by filling out a specific online questionnaire. Through a series of quantitative and qualitative questions it was possible to gather the opinions of the fans on the three stadium ideas.

Sportium’s concept has not only achieved the greatest public approval, but it is also the one that better than the others has passed the analysis with dozens of technical parameters and environmental impact assessments.

A further step has thus been taken towards the creation of the new red and blue home: the Sportium concept represents a starting point for the realization of the final project which will be completed by the end of 2018.

On the development and completion of the project will collaborate engineers Ginevra Balletto, Alessandro Gosti and Mario Marongiu and the University of Cagliari.&#65279;

Islanders with their fancy backdrops.

The opening of the new stadio, stadio Benito Stirpe was yesterday in Frosinone. It is the fourth self-owned stadium in Italy after Juventus, Udinese and Sassuolo. The stadium a capacity of 16.000 visitors/supporters and the costs where 20.000.000 euros. The name is a honor to the father of the president of the club Maurizio Stirpe. Video of the opening:


I know the stadium is a really simple and basis stadium, but for a club as Frosinone it's more than good enough. 16.000 seats, VIP Rooms et cetera. I hope a lot of clubs will follow. I am not a huge fan of Frosinone, but stadiums like this one and Cesena's one also (hate the artificial grass, but the stadium by itself is good) are great for Serie A.
Click to expand...
This one passed me by, stadium looks great!

Not bad, should be sufficient enough for their needs.

More of the smaller teams in Serie A and Serie B should build stadiums like that, quick and relatively cheap. But with a nice modern feel to them. Much better aesthetically for the league.

Official: San Siro to be renovated
By Football Italia staff

The City Council of Milan has confirmed that San Siro will undergo 'extraordinary’ renovation work, to be completed by 2020.

Inter and Milan have long been linked with new stadia, but it appears both clubs will be tied to San Siro for at least the next two years.

“The technical committee for the use and management of the Giuseppe Meazza Stadium and related services have approved the annual routine maintenance programme and plan of work for extraordinary maintenance and innovation of the stadium, to be carried out by June 2020,” read a Press release.

“It confirmed the annual relaying of the pitch, plus other procedures, such as the lighting of entrances, a new operations centre for police, sealing of the first tier, redevelopment of electrical systems and rebuilding the first-tier toilets.

“The stands and executive boxes in the first tier will be modernised, plus there will be a new lounge for the club museum, increase in commercial spaces, construction in the red stand’s first tier of a fourth executive box and new media areas, as well as the renovation of the square outside the stadium.”

Start building: 2023 if I understand it correctly. 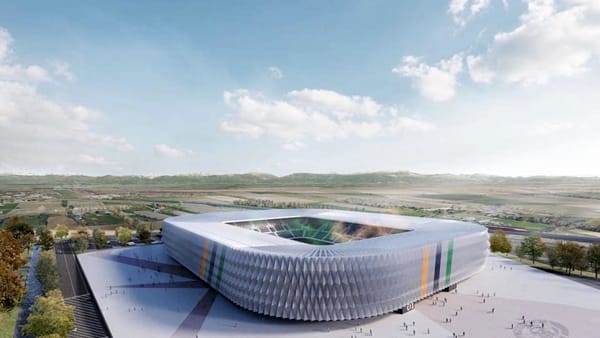 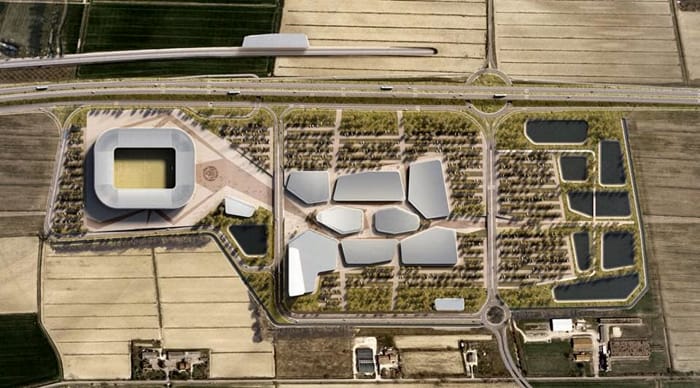 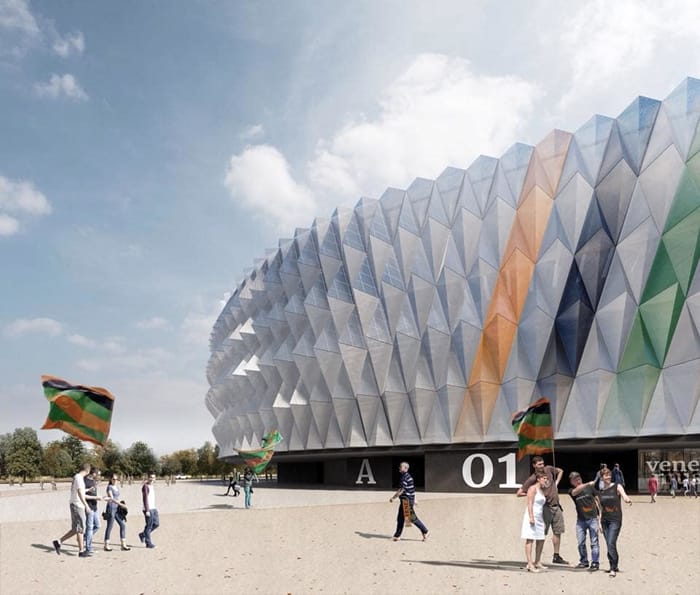 Sorry for spamming this thread, but I want new stadio for Serie A clubs and not shitholes like San Paolo and Bentegodi. 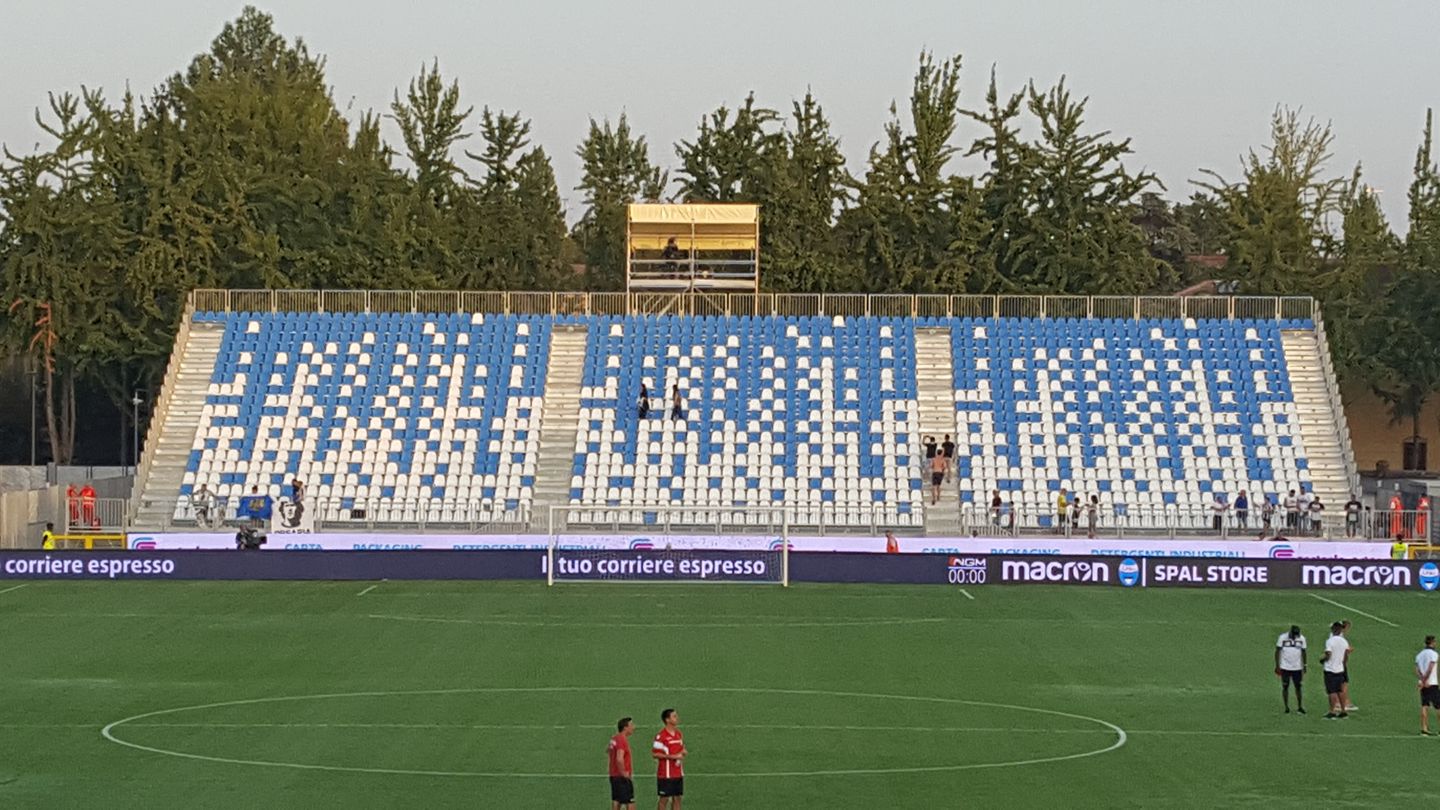 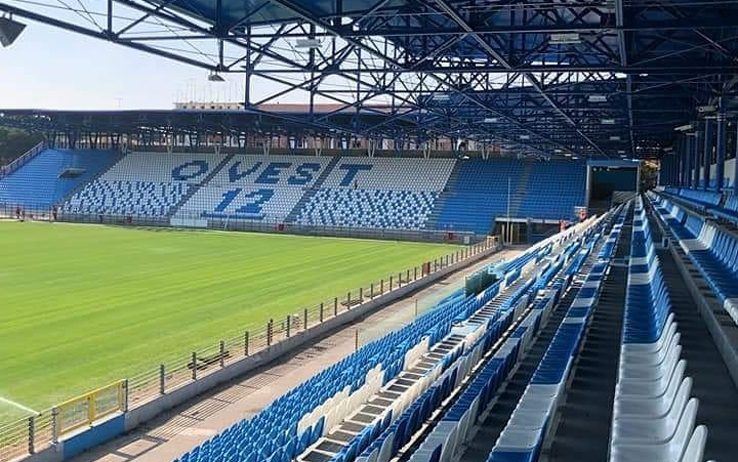 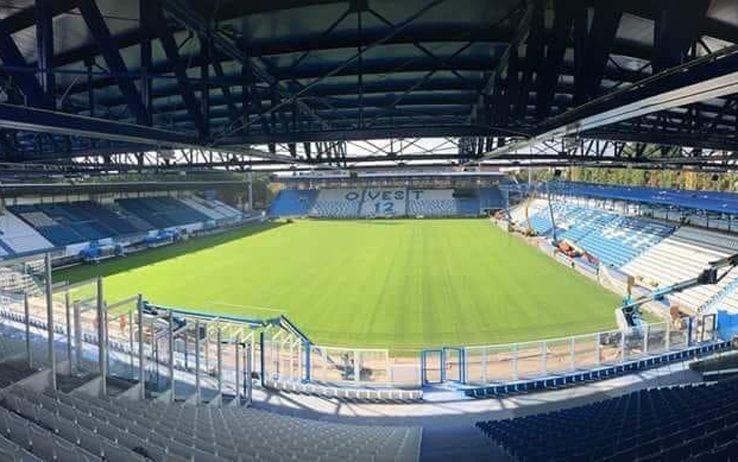 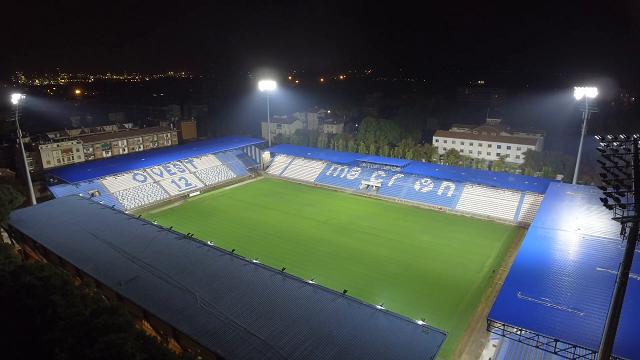 Good video to see the stadium from pitch:

looks nice. i wonder the renovation included new toilets, too. in that case, they better keep'em closed when hosting napoli.

incredible what they managed to achieve in 2 years since they returned to Serie A. almost hard to believe we're talking about Italy, where stadium projects need decades to get done

Does SPAL own their stadium or does it still belong to town of Ferrera? They have done a great job with the renovation.

amir3323 said:
Does SPAL own their stadium or does it still belong to town of Ferrera? They have done a great job with the renovation.
Click to expand...
Owned by the council. Only Juventus, Sassuolo, Udinese and Cagliari own their own stadiums.

Atalanta will be renovating their stadium starting from May. The two curve will be demolished and built brand new, whilst the east/west stands will be refurbished as well. Great news for them and it’s nice to see more Italian clubs following our lead. Rofl @ the Napoli’s and Roma’s of this league who have been talking shit about building stadiums for years but don’t get anything sone.

Bianconero_Aus said:
Atalanta will be renovating their stadium starting from May. The two curve will be demolished and built brand new, whilst the east/west stands will be refurbished as well. Great news for them and it’s nice to see more Italian clubs following our lead. Rofl @ the Napoli’s and Roma’s of this league who have been talking shit about building stadiums for years but don’t get anything sone.
Click to expand...
Definitely, even if it is some of the smaller sides like cagliari and atalanta doing so. Like you said, its a shame teams like Napoli and Roma aren't following our lead as much. They are strong sides not just in Italy but in Europe as well but how can they aim to look proffessional amongst Europe's elite when their stadiums are decadent and half empty all the time? It makes the league seem unattractive to many.

Having said that though, I suppose the Stadio Olimpico is a world renowned stadium, but it just doesn't have that same atmosphere that it had in the 90s/early 2000's.