Elvin said:
WTF is Football Italia is on claiming it will be Gigi's 902nd Juve appearance
Click to expand...
Buffon to match Maldini record

Gianluigi Buffon is expected to make his 902nd Juventus appearance today, allowing him to equal Paolo Maldini’s record.
The goalkeeper returned to Juventus after a season at Paris Saint-Germain and is likely to start in today’s Serie A encounter with Hellas Verona at 17.00 UK time (16.00 GMT).
This is set to be his 902nd match for Juventus in all competition.
It allows Buffon to equal the record set by Milan legend Paolo Maldini for most games in a single club jersey.
The Italy international will also be making his 641st Serie A appearance, again closing on Paolo’s record of 647. 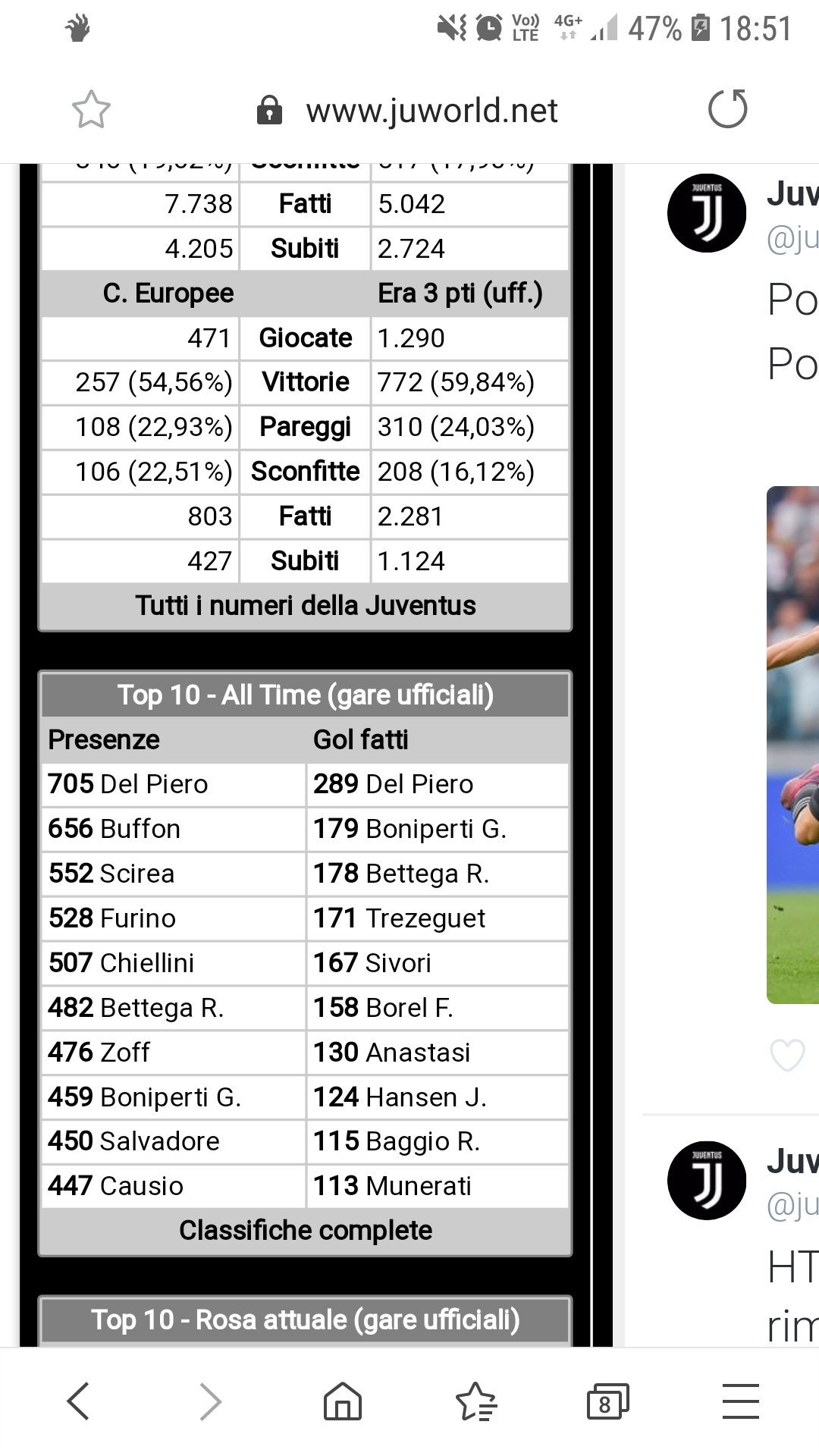 The 902 is his career club total, not Juve total.

The numbers FI wrote don't even make sense if you think about it.

The man still got it

Apart from that freekick had a really good game

MOTM. Goal conceded was a great shot. No one can save those shots.

AFL_ITALIA said:
I love him
Click to expand...
me too

loved him before knowing he was fascist, love him even more now. if I find out that he is racist as well I will build him a monument

He was fucking great tho. Nice to see him back for a final hurrah.

He looked good, happy with his performance

Juventus goalkeeper Gianluigi Buffon makes history today with his 903rd Serie A appearance, beating the all-time record of 902 set by Paolo Maldini.
He is in the starting XI for Juve against SPAL in Turin today, kicking off at 14.00 UK time (13.00 GMT).
You can follow all the action as it happens from today’s three Serie A games on the LIVEBLOG.
The 41-year-old would’ve achieved this milestone earlier had he not spent last season in Ligue 1 with Paris Saint-Germain.
Buffon made his Serie A debut for Parma in a 0-0 draw with Milan at the Stadio Tardini on November 19, 1995.
He also played for the 2006-07 campaign in Serie B, sticking with Juventus following the Calciopoli scandal just months after winning the World Cup for Italy.
Of the 903 Serie A games, 474 were with Juventus and 168 while wearing the Parma shirt.
This will be Buffon’s 658th competitive appearance in a Juve jersey.

Yeap, even at the age of 42 he is still better than the alphabet.

So he is now the Italian with the most club appearances, but not the most Serie A appearances ( which is held by Maldini? ).

So is this referring to appearances across any league? Or simply total official club games regardless of the competition?

salman said:
So he is now the Italian with the most club appearances, but not the most Serie A appearances ( which is held by Maldini? ).

So is this referring to appearances across any league? Or simply total official club games regardless of the competition?
Click to expand...
Quote from FI.

The 41-year-old achieved this milestone playing for Parma, Juventus and Paris Saint-Germain.

This will be Buffon’s 658th competitive appearance in a Juve jersey, adding to 220 for Parma and 25 at PSG.

Users Who Are Viewing This Thread (Users: 0, Guests: 7)