Oggy said:
On this great day, the great Amauri scored winning goal against Milan and helped us win our first Scudetto under Conte.

http://www.goal.com/tr/match/milan-vs-fiorentina/1175922/report
Click to expand...
One of the few useful things this miserable piece of shit ever accomplished in his football career. 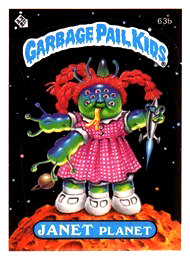 The Italian-Brazilian turned 36 in June and was a free agent after the end of his contract with Torino.

Today the Fort Lauderdale Strikers announced Amauri had joined their club in the American second division.

“He has the top resume in NASL today. He has featured for Juventus, Parma, Torino, Napoli and other big clubs. This is one more major investment of ours into the Strikers and NASL,” said Strikers Managing Director Luis Cuccatti.

Amauri could make his debut this Saturday against Coach Alessandro Nesta’s Miami FC.

So much for looking at condos in Ft. Lauderdale....

But to the NASL though

Erm I'm pretty sure Joe Cole's resumé shits all over his.

Fair point. But he did play for Coventry.

Those are just potholes.

Hire Amauri as our 5th striker option behind Zaza

Hydde said:
Hire Amauri as our 5th striker option behind Zaza
Click to expand...
Afterall he has "unfinished business" with us.

Hydde said:
Hire Amauri as our 5th striker option behind Zaza
Click to expand...
i would rather hire Hustini

Remember when he was about to join and how bragged for my best pal (who is a Liverpool fan and was/is clueless about Serie-A). Still kind of hard to believe how he could go from beast to toad. Always felt like someone put a spell on him, he needed a kiss to rekindle his former self but no one dared to kiss that toad-of-a-man.

If there is ever a guy that can manage to pull off a bowl cut with long hair, it's Janet.

Hydde said:
Hire Amauri as our 5th striker option behind Zaza
Click to expand...
Even though it's just a joke, I have a hard time not