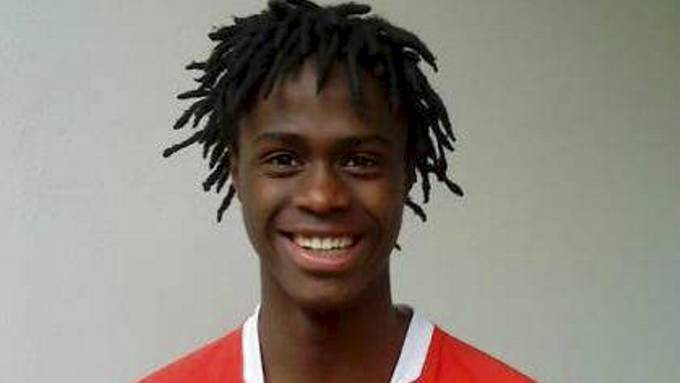 Young, black, Norwegian and ultra talented...the first three words combined are an oddity, but adding the last two makes Vajebah suddenly of great interest to us juventini, along with the fact that we recently signed him of course.

Making his debut in the second flight of norwegian football aged a remarkable 15, unsurprisingly breaking the record for the youngest debut age in Norway's professional leagues, Vajebah was tracked as early as last summer by Milan. His team, Asker, loaned him to Rosenberg in order to further his development, and the central midfielder promptly became a star in their primavera squad, producing several quality displays in the NextGen series, helping them finish a very respectable joint 1st spot with Inter, in a group which also included Liverpool and Borussia Dortmund. Funnily enough our own primavera have drawn Rosenberg in the knock-out stages of the NextGen competition...

His performances for Rosenberg drew increasingly feverish interest from Liverpool, Man City and Arsenal, but from out of the shadows emerged Beppe, Paratici and their insiduous scouts, whisked the little blighter off to Piedmont and signed him up for peanuts.

Some facts which may be of interest...

Vajebah managed an impressive eight goals in a youth match earlier in his career, when facing the mighty Heggedal IL.

During his debut season for Asker, he made 8 first team appearances.

He was in Italy in March of 2012, to train with AC Milan, from there heading back to his homeland to play with the Copenhagen youth team.

Already represented his country at U16 level and now a regular part of the U17 national team setup. The Norway U17 team sit in 1st position in their group in the UEFA u17 championships, Vajebah played in all three games, all won, against Iceland, Portugal and Malta.

Hopefully he'll provide the goods in 5 years or so.

Looooong road ahead of him. Welcome.

mah hometown club were after this kid and had him on trial twice. mega talent, but still very young.

and the norwegian club is called rosenborg, not rosenberg dats a jewish surname.

No.7 got some nice skills

Soon we will field 11 CMs at once.
OP
OP

Made his debut for the primavera late on in the 1-2 home defeat to Genoa...aged just 16. High hopes indeed for the lad, from not just myself, but also the management.

Thanks for the information Lo-pan.

This guy will be great!!!

I see Magnusson there in the back with a permasmile.