Without further adieu...I give you life. 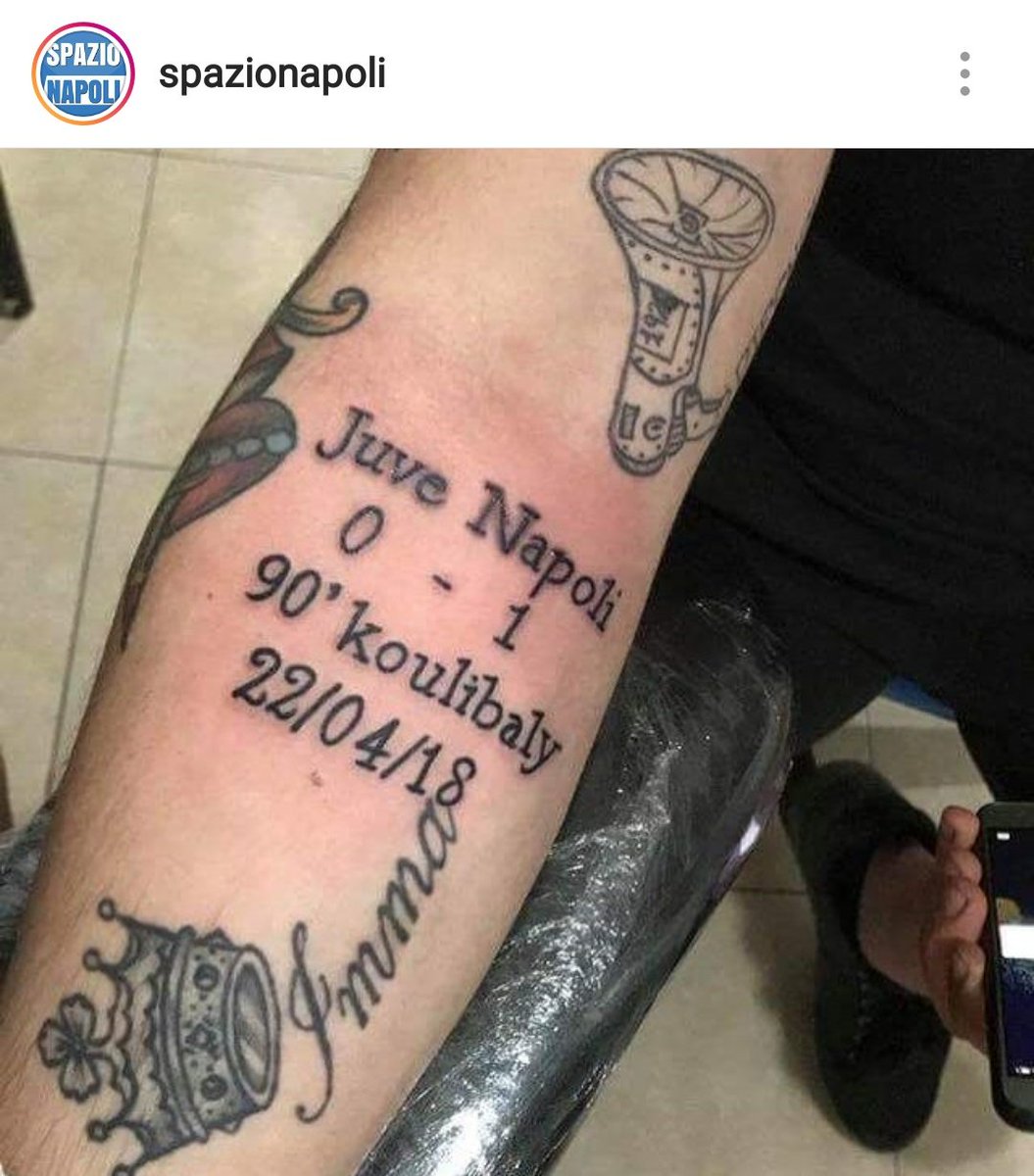 “I could even finish my career here, maybe after winning a Scudetto, but I hope I don’t have to wait until I’m 40&#8230;”
Click to expand...
LORENZO INSIGNE

“Are we ready for the Scudetto? We already showed it last year. We finished a step behind second and five points from first.
Click to expand...
PEPE REINA

However, Sky Sport’s Massimo Ugolini is tonight reporting that Reina could in face stay with the Partenopei, even without a new contract.

While his relationship with President Aurelio De Laurentiis is not good, the veteran was affected by the emotional outpouring from the stands.

In addition, Reina is looking to honour the 'Scudetto pact’ made by the players, in which all agreed to stay in order to mount a serious title challenge.
Click to expand...
KALIDOU KOULIBALY

Kalidou Koulibaly’s agent confirms the centre-back stayed at Napoli “to try and win the Scudetto”.
Click to expand...
RAUL ALBIOL

Raul Albiol says Napoli “know we have a team which can compete for the Scudetto” with Juventus, Roma, Milan and Inter.
Click to expand...
ELSEID HYSAJ

Elseid Hysaj says Napoli’s players are all staying “to do something great in the coming year”.There have been suggestions of a 'Scudetto pact’ between the Partenopei players, whereby they all agreed to remain together for at least one more season for a serious assault on the title.
Click to expand...
Mertens

“The last Napoli Scudetto was 27 years ago. If we are still in the running for the title&#8230; it’s now or never,” said Mertens.

“Juventus are still the strongest squad, but if there’s a year Napoli can win it, then it’s this one.”

There was talk of a 'pact’ made by the biggest players to reject transfers and build on the Maurizio Sarri era, at least for one more year.

“We all stayed because we can feel that something is possible. Now I also realise it’s very difficult. We don’t have exceptional talents or much strength in depth, at least after the injuries to Faouzi Ghoulam and Arek Milik.

“If you compare our squad to Juventus, you realise we’re achieving a small miracle here.”
Click to expand...
Sarri

On the eve of this game, one reporter had asked Sarri whether he still considered the word “Scudetto” to be “una bestemmia” – a swearword, as the manager had defined it while playing down his team’s title credentials through the first half of this season. “Yes it is,” replied Sarri in solemn tones. “But you know, I am a Tuscan, and where I come from we swear quite a bit.”
Click to expand...
[/QUOTE] 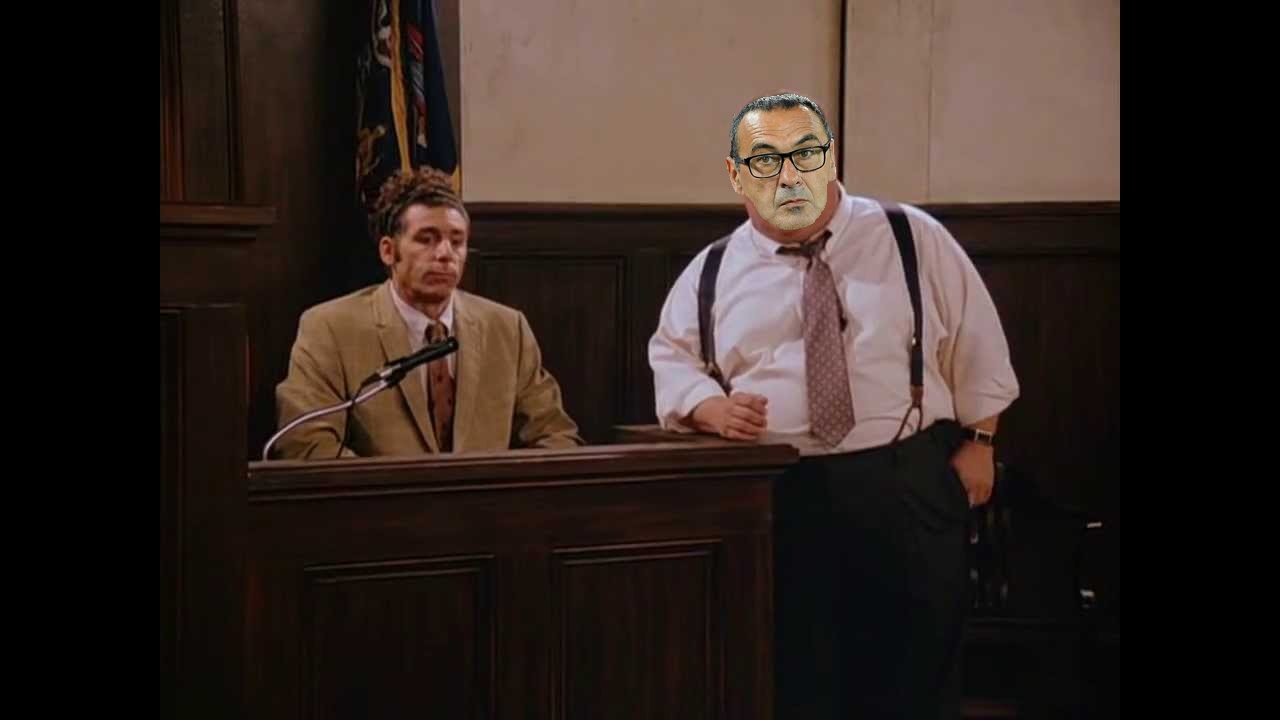 Sarri divided his time as an amateur footballer and banker for Banca Monte dei Paschi di Siena in Tuscany. His work as a banker saw him travel Europe, working in London, Zürich and Luxembourg. Sarri would work in the bank in the morning, and trained and played in games in the afternoon and evening. In 1999, aged 40, Sarri transitioned into coaching, following the same schedule he adhered to for his entire work life. After gaining employment with minor side Tegoleto, he decided to quit his job to devote himself exclusively to his coaching career.
Click to expand...

certainly a problem with referees and a sense of submission” towards Juventus. “Nothing happened after Calciopoli.”
Click to expand...

“We could certainly have had a few more points if VAR had been used diligently. We’re missing a few penalties against a few other teams and the table would be more in our favour.
Click to expand...

Let’s not put pressure on Sarri and the team, let’s continue to talk about their beautiful football and prove to be Napoli.

We are suffering under a falsified league. This year the gap from Juventus has been whittled down and perhaps we’d be ahead if VAR was used properly.

If these last three rounds were played in a climate of relaxation and joy, we’d bring home the results. I think we’ve been robbed of six to eight points&#8230;
Click to expand...

Napoli second biggest beneficiary of ref mistakes this year at +4 (4 in favour, 0 against).

Juventus tied for third most harmed by ref mistakes this year at -3 (4 in favour, 7 against).

With Sarri there is a lot of work, he is a genius, but can still improve by 300 per cent

I'm not even bothering watching Rube play anymore...even when they will play us...I wouldn't even bother watch a rigged game...my health can't take this obvious crimes committed in broad day light for all to see...and do shit all to stop it!
Click to expand...

That's that then. Seventh league title in a row won by bastard cheating. Best thing that could happen is for people to just not bother engaging with this shite from next season on, maybe then finally the FIGC would recognise the problem needs dealing with and get rid of these scumbags.
Click to expand...
RUBE OWNS FIGC!
Click to expand...

Exactly, so hit FIGC where it hurts. Completely boycott Serie A next season. Nobody go to matches, don't buy tickets, don't buy merchandise, don't watch it at home or at the bar, don't buy sports newspapers, if you really must see football go and watch Serie B or below or outside Italy engage with your local championship. Completely and utterly ignore Serie A and the national team. Bankrupt their system, then they will either sit up and take notice or they'll be gone.
Click to expand...

Those cunts are cancer. FIGC breed cancer, but they are too stupid to recognize that. Serie A won't win anything in Europe until Rube is totally burned into ash.

As soon as the air was cleaned, Inter came into light and won the treble. First time ever in the Serie A history. Unfortunately it didn't last long. The shits re-emerged and polluted everything once again.

Well... Buffon has been there for...20 years and never win CL. Tell the whole story.
Click to expand...

The second CL one was on so much steroids and sooo much doping shit...they are just scum...everything about them is a big moral question mark...everyone with a brain knows they do everything to win...illegal things even...Agnelli and Elkann are one of the most powerful Italian families and they...do their business like the Mafia...but even worse...they have more influence on the population...Marotta is just another Moggi...but the real scum are the owners...Agnelli's! they keep cheating from the day the mafia bought the club way back in the 1920's!
Click to expand...

Napoli fans are staging several protests against refereeing and Juventus, including a Spanish-style 'Panolada’ before kick-off with Torino. 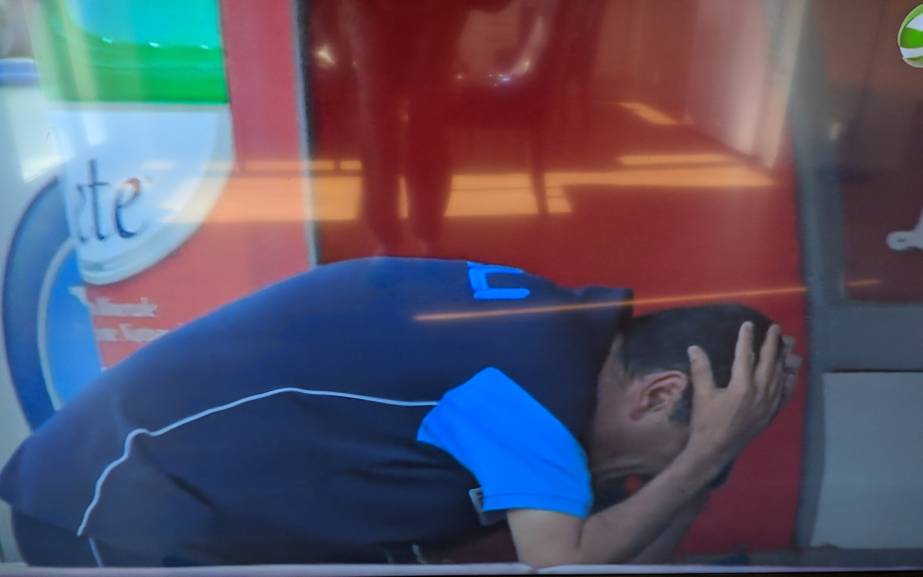 7 titles in a row

I'm glad you have found the light and decided to support the right team. Can you go back to Juventuz.org and troll the shit out of them and tell them what a shit team they are?

It's time those deluded idiots learn the truth about their team, and there is nothing better other than a converted fan like you to tell them, because you're one who truly knows how rotten to the core Juventus are. [/QUOTE @Rabbit

Napoli has lost 2 and drawn 4 of their last 10 matches. Since the beginning of March - 4 wins - 4 draws - 2 losses. In the only competition they had left, in the most important stretch of the season, only took 16 points from 10 matches.

Grande Sarri. Look at that incredible motivation to have his players perform at such high levels when it matters most. Out of CL group stage to Shaktar. Out of Europa League to RB Leipzig. Out of Coppa Italia to Atalanta.

Go out of all competitions in January and February to focus on winning scudetti. Drop 14 points in 2 months
Click to expand...

Fake lip reading of Allegri talking to the ref

Napoli players and their scudetto "pact" 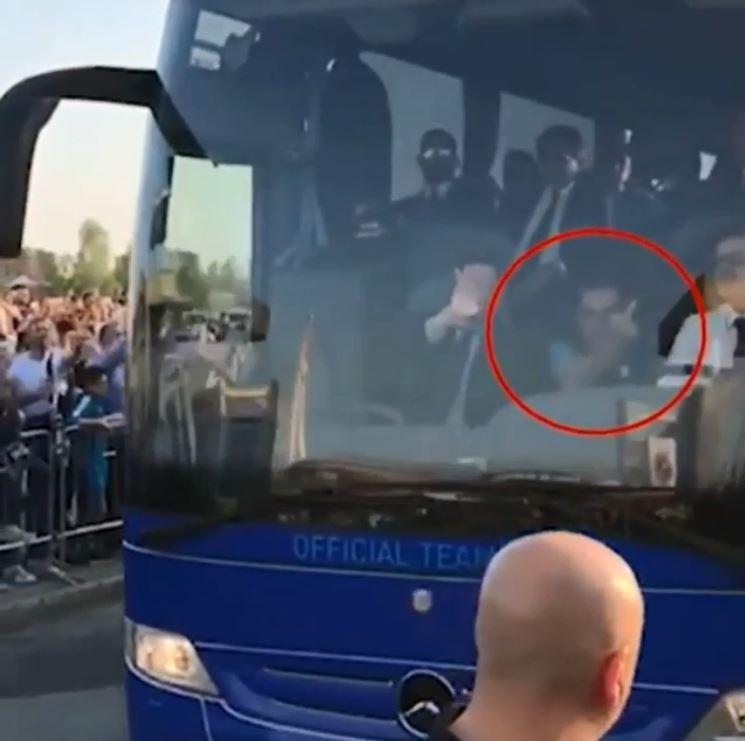 Apparently the Napoli fans sung “Chi non salta Juventino” - expecting the Fiorentina fans to join them in the chant and start jumping. Instead they replied with “Vesuvio lavali col fuoco”
Click to expand...

There were some incidents that changed the course of the campaign and in the end, when it’s so close, it comes down to details. It’s something we must work with and learn from, because we must become stronger.
Click to expand... 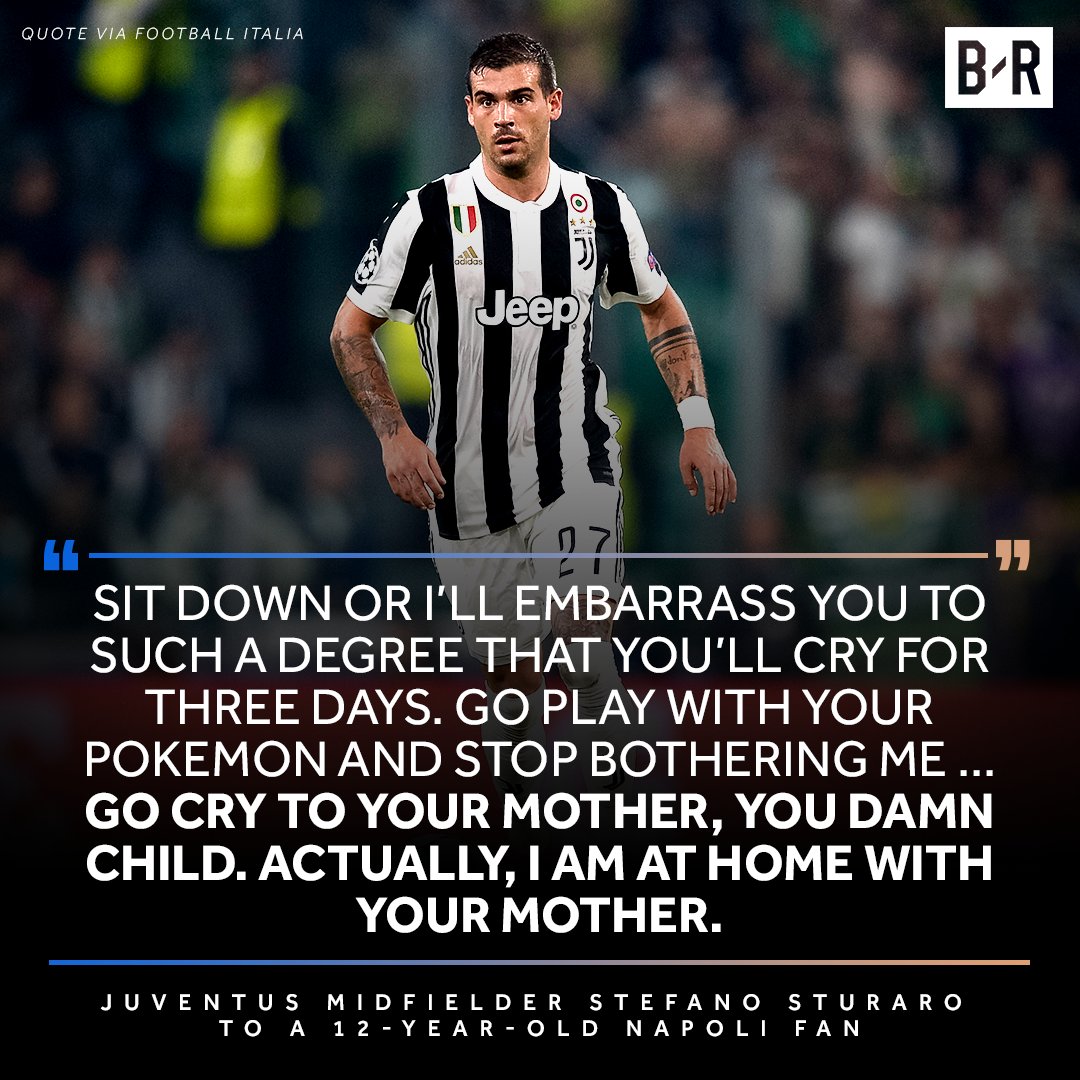 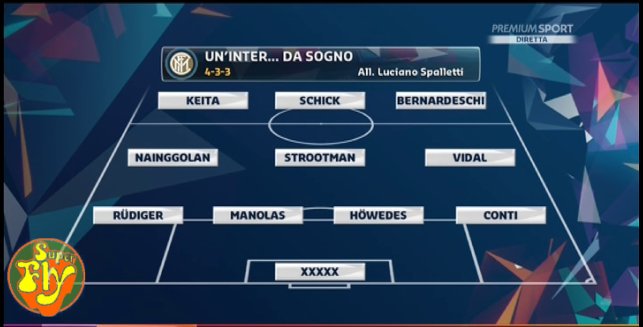 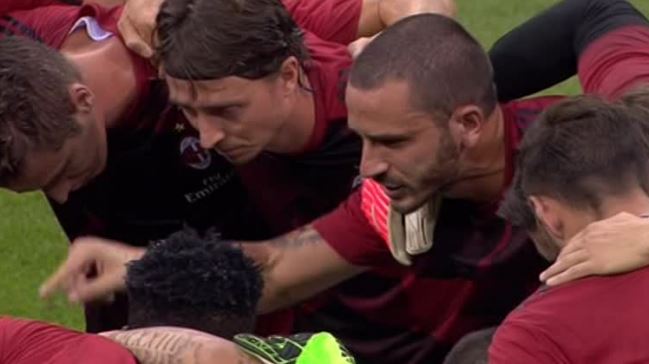 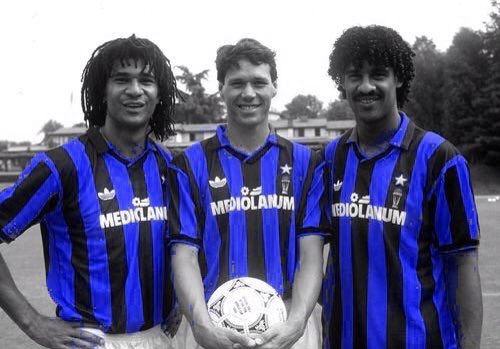 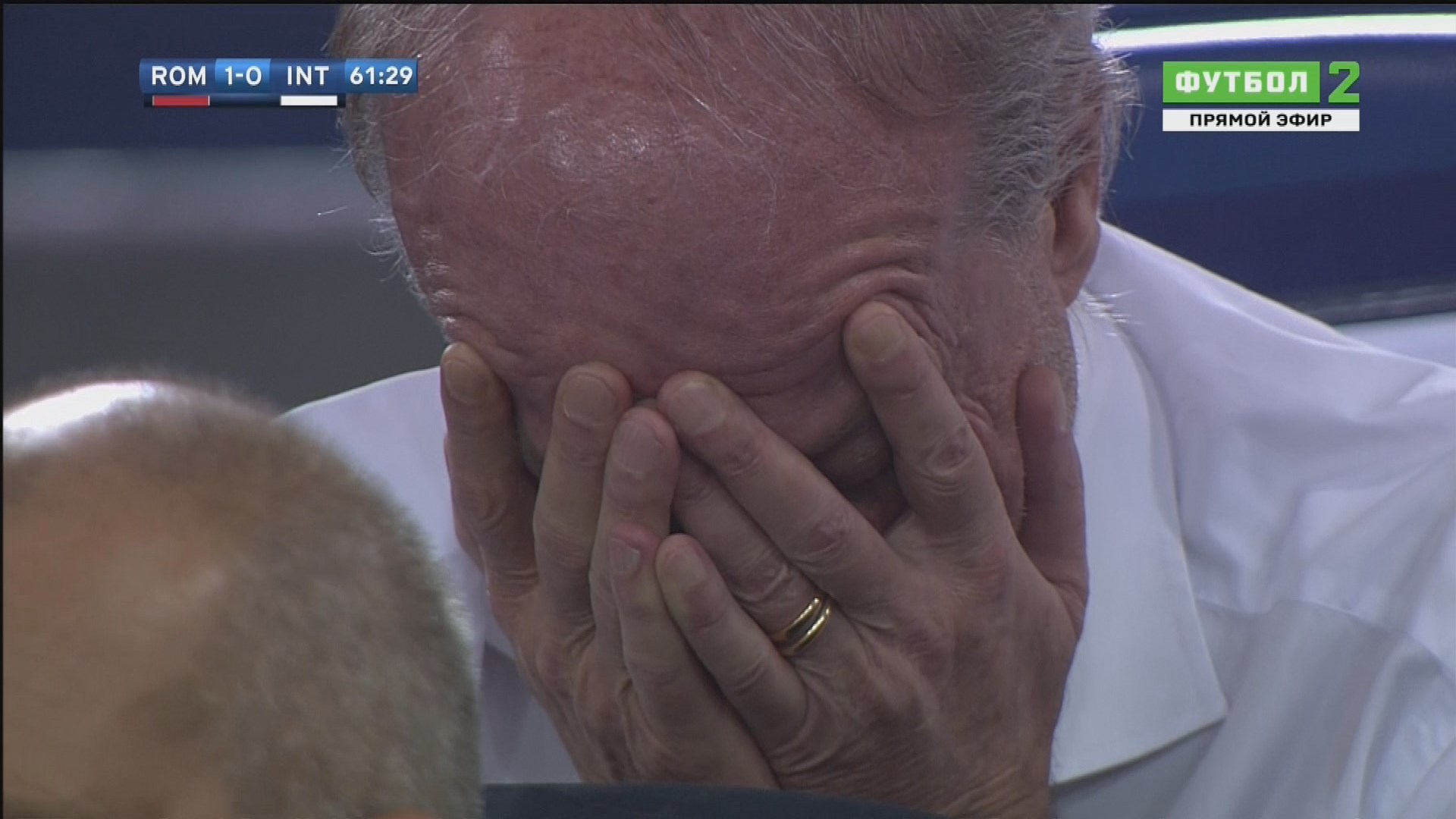 
Courtesty of Post Ironic again:
[QUOTE]In the last 15 years only Napoli has been winter champions and failed to win the scudetto. Both times under Sarri... this year and in 2015-16. Sarrismo. All about blowing your load early. [/QUOTE]:lol:

oh dear lol +rep for the works and thanks to all who contributed.
OP
OP

Imagine if I was still on dial-up. LOL

Mark said:
Imagine if I was still on dial-up. LOL
Click to expand...
kids these days just have no idea....

Wish there was a way to pin/save posts here. Will just have to bookmark Hustini's epic aggregation of hilarity.

I love these and look forward to these every end of season.

I got one more you can add

Mazzarri and Benitez won more silverware at Napoli than Sarri did

I love these and look forward to these every end of season.

I got one more you can add

Mazzarri and Benitez won more silverware at Napoli than Sarri did

Benevento vs. Milan
1st Milan gave benevento their 1st ever point in serie A, our loanee GK Brignoli set the last goal with header at injury time.

And then they lose 1-0 in san siro. Rofl

Sent from my SM-N950F using Tapatalk

ADP1897 said:
Benevento vs. Milan
1st Milan gave benevento their 1st ever point in serie A, our loanee GK Brignoli set the last goal with header

And then they lose 1-0 in san siro. Rofl

Sent from my SM-N950F using Tapatalk
Click to expand...

One of the best moments I’ve ever seen in Serie A.

then there's always this

my Sarri banker photoshop also made its way in it somehow

What a crazy season so much gold :

@Hustini posts killed it - enough for Crapoli, Merda and Bilan fans to get suicidal!