Bianconero_Aus said:
Just look at that rubbish lineup. And you just laugh at all the money Meelahhn spent on it. Raiola is right IMO, Fassone/Mirabelli's so called "project" leaves quite a lot to be desired. They spend close to €250m and still start Montolivo in midfield and useless hacks like Borini :

How the hell is he still a footballer

Should just quit and become a DJ like Paolo. 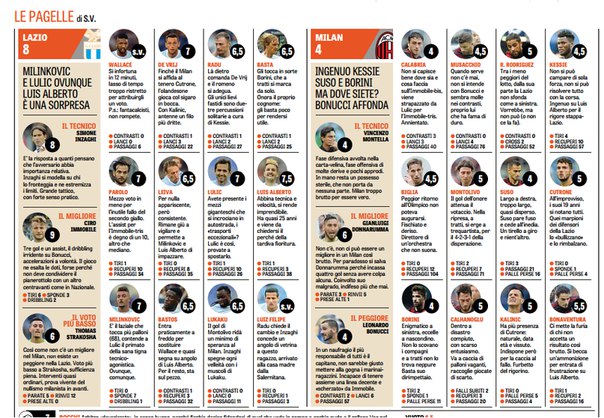 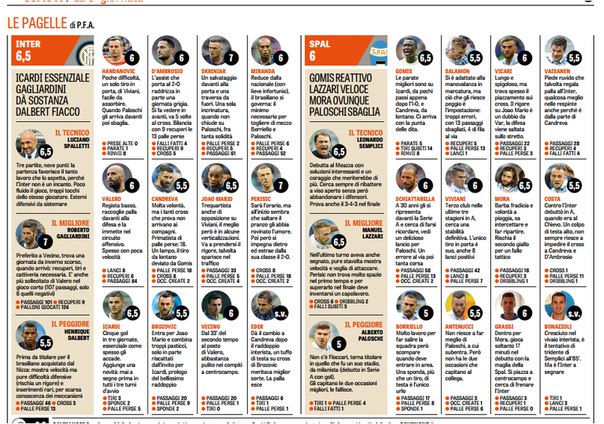 Mark said:
It's like Bonucci was playing for Bologna.

Then again it's the same Lazio we lost against, it's not like they got trashed by Sampdoria or something, if you approach them wrong they punish you. But the line-up by Montella was really strange, Milan fans must be furious with the guy.

Osman said:
Dumbest post you made in a while.
Click to expand...
If it weren't for you no one would know who posts the dumbest posts around here. Keep it up, can't wait for your updates

Raz said:
If it weren't for you no one would know who posts the dumbest posts around here. Keep it up, can't wait for your updates

Lazio will do well in Europe League.
I am impressed by PrInter so far, to be honest ...

Udinese owner Giampaolo Pozzo says he is a big fan of the Video Assistant Referee (VAR) system -- because it is preventing Juventus from receiving refereeing favours.
Pozzo, who also owns Premier League club Watford, says he has been in the game long enough to see the Bianconeri benefitting from decisions in the past, which is why VAR, which has been introduced in Serie A this season, is a welcome development.

"The VAR's still got to be refined, but I'm happy with it," he told Telefriuli. "What I've seen so far has been positive, like penalties being given against Juve which you've never seen before. "It's something which reassures you and relaxes you. We've had things go for and against us, but it is reassuring. I've had 33 difficult years in the game, but now I feel reassured."
Two penalties have already been given against Juve this season, although Gianluigi Buffon saved one of them.

In the six seasons since 2011, just 21 penalties were given against Juve, who were awarded 40. Only Napoli, with 16 conceded, earned a greater proportion of penalties in their favour, with 48. That compares to 33 against Roma, 34 against Milan, 38 against Lazio and 39 against Inter, who in the same period were only awarded 31 spot kicks of their own.

VAR has been used frequently in the opening three rounds of Serie A matches with penalty decisions one of the four situations in which referees can refer to their assistant for help. The other situations are to confirm whether a goal is valid or not, whether a player should be sent off and to correct any cards given in cases of mistaken identity.

Juve currently lead Serie A with three wins out of three, with only Napoli and Inter Milan also boasting a 100 percent record from the first three games. Udinese picked up their first win of the season last weekend, beating Genoa 1-0.

Those kind of articles/statements bring me joy and happiness...

Pozzo is a senile old man that's pissed we didn't finish his stadium because it's been a couple of years we didn't buy from him.

Milan right-back Andrea Conti could be facing an extended spell out after reportedly damaging knee ligaments. According to Sky Sport Italia, Conti’s injury is not linked to the ankle sprain he picked up while representing Italy earlier in the month.
The broadcaster explains the former Atalanta defender sustained ACL damage in training on Friday morning. Consequently, the 24-year-old would be sidelined for “at least four months”, resulting in an extended, first-team run for Ignazio Abate.


Damn, so sad for the best RB in world of football...

Mark said:
6 months some say. wow
Click to expand...
Good that they still have DeS :mut:

DAiDEViL said:
Good that they still have DeS :mut:
Click to expand...
He's injured too. Lol.

Wittl said:
He's injured too. Lol.
Click to expand...
Good that we still have Licht

campionesidd said:
There goes Milan's season.
Click to expand...
Meh they were cack already with or without him

They still have Abate to terrorise defences.