Australia got this. We will treat England like we treated Uruguay. Recognise, Jay.

England have to win so the Wallabies are getting smashed by 15 points in that one. Think you'll beat the taffs though. 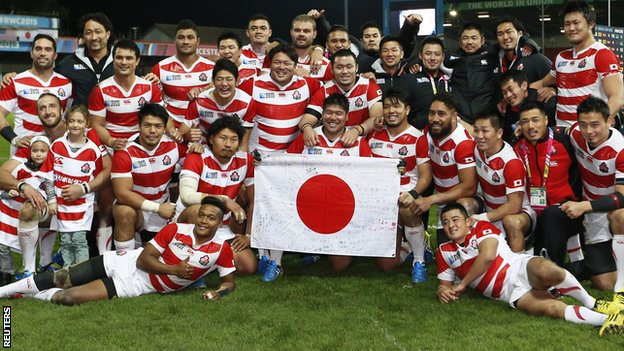 Should be interesting to see what they do as hosts in four years time.

My bets for the rest of the tournament:

I think the Welsh have just enough, but this is like flipping a coin. The Southern Hemisphere teams are always a mammoth task. South Africa look rigid and tough, but the Welsh matched the Aussies well, who I think are a better team than South Aifrca.

The French won't beat the Kiwis like their shock win in 2007. Ireland were too good for them and the All Blacks will be. The margin could be closer.

The Argentines are an impressive attacking side, but I think Ireland will have too much for them, even missing a key player or two. The 'home ' advantage is also an issue here, there are so many Irish over for the World Cup.

From what I've seen in the group stages this one won't even be close, Australia are a far superior side, but sometimes on the field things can get a lot closer. I just don't see how Scotland get past that defence, or stop them scoring tries. A shock win would have to come from a lot of penalties.

I think all neutrals want to see that final now, it could even be a classic.