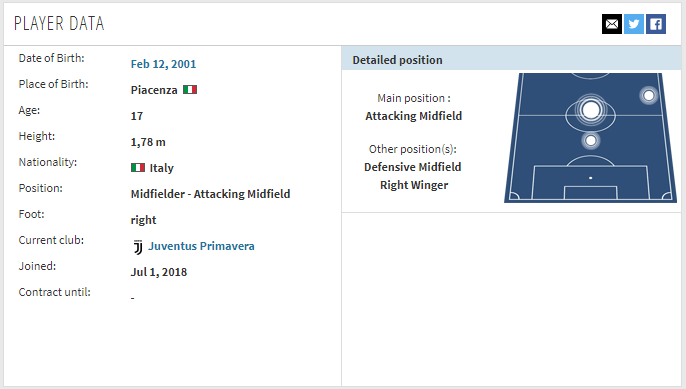 Jealous of his name 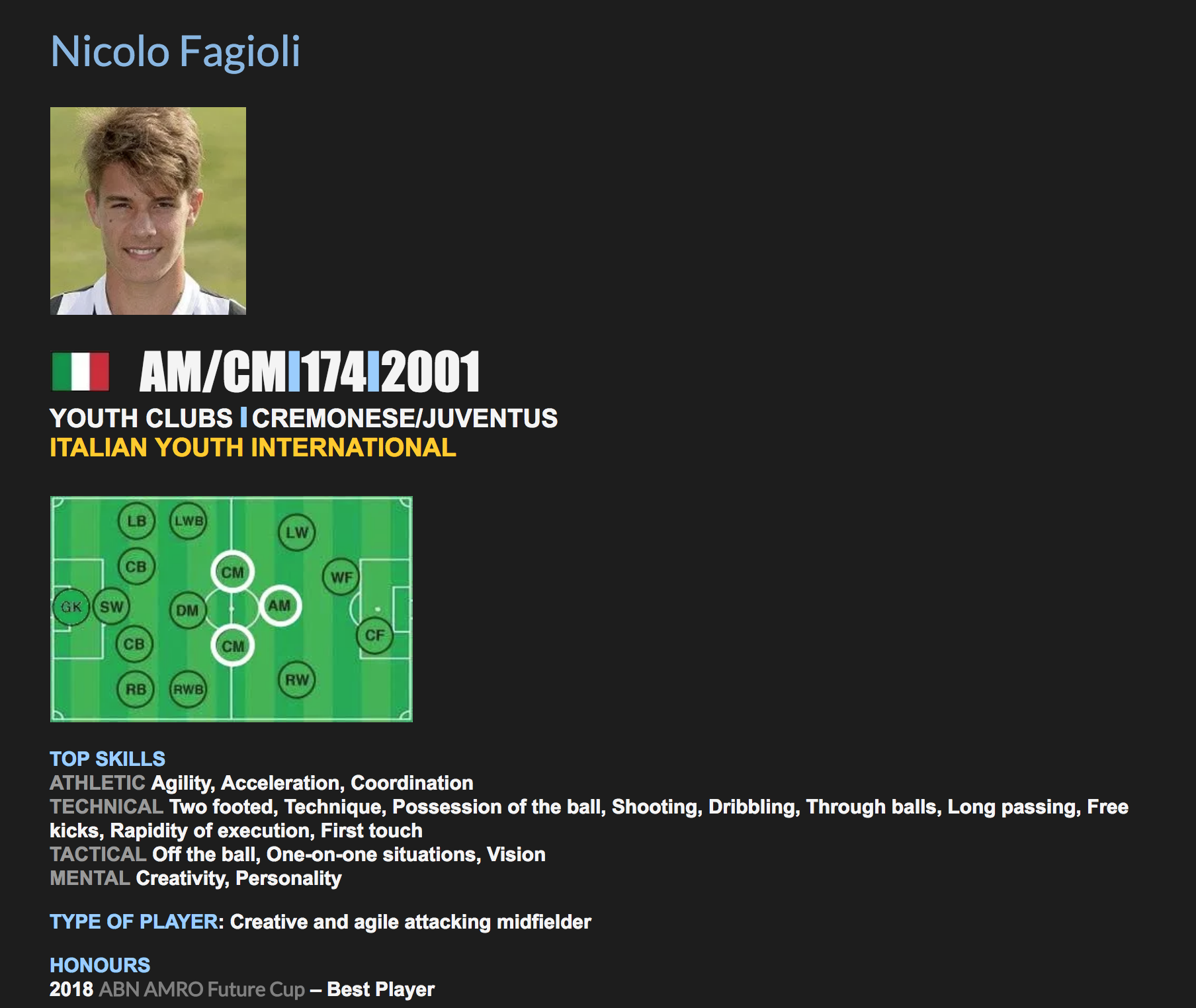 Fagioli made The Guardian’s list of the 60 most talented players born in 2001:

I never realized that there’s a Fagioli thread. My favorite primavera player and probably the most talented. Already said it in the U23 thread; hopefully Pirlo takes him under his wing.

What they’re saying in that article is right, Pirlo has been watching the U19 on multiple occasions. Would be so nice to finally see a primavera player making his debut, already had a positive feeling for his chances with Pirlo.

I remember 2 years ago when we played that international CL Cup in USA i watched this kid and was really impressed. I would really like it if he was given a chance this year to prove himself and show that he is a top player oe just another Novara future star

I know nothing about him has he been training with the first team?

Same for Caviglia by the way.

Not yet another young and Italian DM, of the ones that grow in trees, he is a CAM!!
I like those, but we tend to loan them out to death...

I expect nothing from our lower ranks.

If kean didnt make it, no one will.

Hydde said:
I expect nothing from our lower ranks.

If kean didnt make it, no one will.
Click to expand...
Have faith in Hans

gray said:
Forza Nicky Beans
Click to expand...
The beans are absolutely above the butts, so Nicky Beans > Nicky Butts

Sent from my RMX1921 using Tapatalk