JuveJay said:
He only played 80 games for us. Tevez isn't there either.
Click to expand...
I get it but Evra's love for Juventus is already legendary. I would make an exception.

even cancelo joined the party:

Alex-444 said:
Click to expand...
The gall of that Romanista 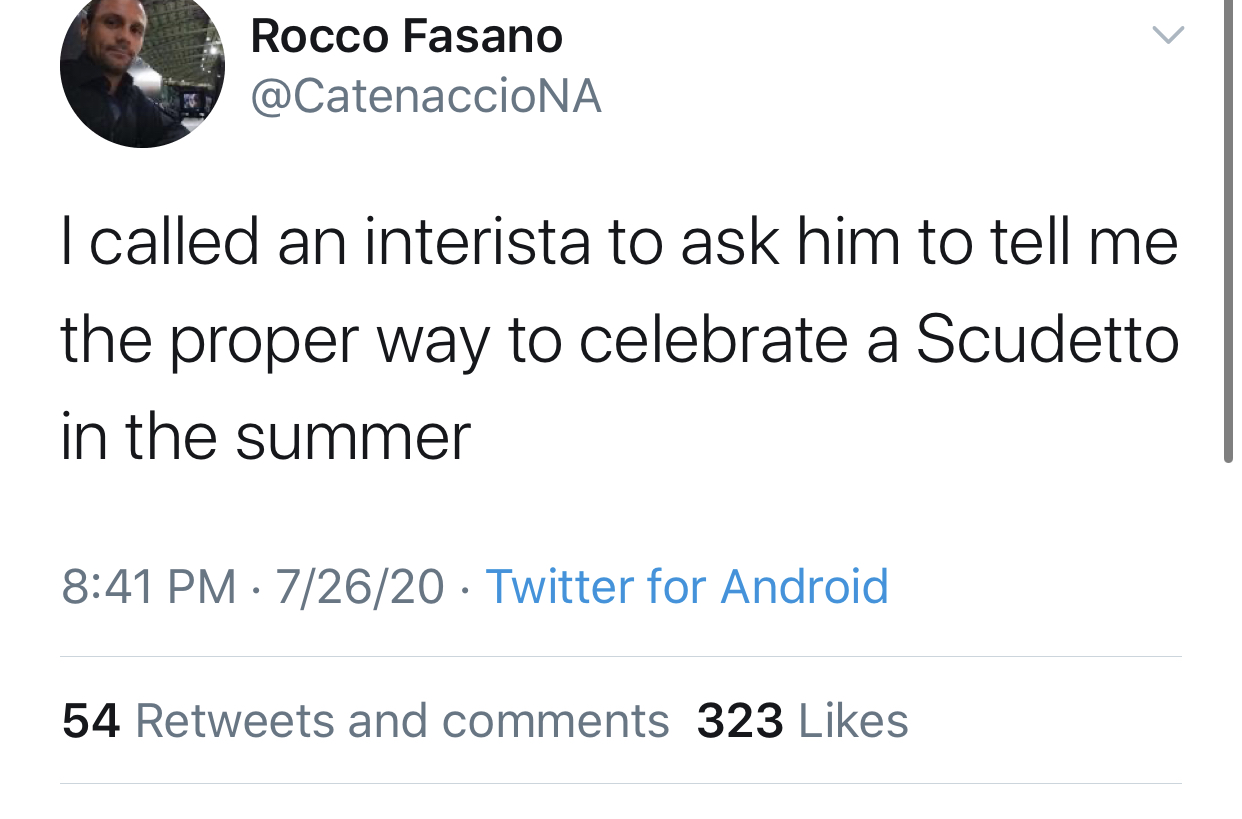 I can't even celebrate this title, don't know if it is Covid and seeing the world burn, the lack of atmosphere since there is no audience or the awful football, named Sarribal, I witnessed the past 12 months. No euphoria whatsoever, just happy the season is over.

Gian said:
I can't even celebrate this title, don't know if it is Covid and seeing the world burn, the lack of atmosphere since there is no audience or the awful football, named Sarribal, I witnessed the past 12 months. No euphoria whatsoever, just happy the season is over.
Click to expand...
Its not over

Amer said:
Winning that 10th, now that would be fucking amazing.
Click to expand...
A 10th would mean a massive star on our jersey bending the Inter star over a washing machine.

s4tch said:
even cancelo joined the party
Click to expand...
Brought over Ronaldo, got replaced by Danilo.

Alex-444 said:
Click to expand...
We could be Liverpool and wait another 30 years.

From where we came from, from the ashes of Calciopoli, knowing what Inter did to get those plastic trophies and then how quickly they couldn't maintain that dominance, I'm never going to get tired of these wins.

People saying "oh we played like shit, are you a masochist" No, I'm a realist. We did not take to Sarriball well at all. Even recently, with better performances, we've had rough patches. This doesn't dull the accomplishment of what has been achieved. Anybody acting like this means nothing is like those fans of other leagues who consider Serie A to be a farmers league. It wasn't a farmers league when Inter spent hundreds of millions of dollars these last few years only to be in no better place than they were before. It wasn't a farmers league when Ronaldo came here.

This was no easy scudetto, sure, but that only makes it all the more sweeter. Seeing how much Inter spent, how vulnerable we looked for such long periods of time, how troublesome our tactics were, how difficult some of our players have been, how disappointing some of our signings have been, how heartbreaking our injuries have been. This team won it and won it handedly. Juventus cannot be blamed for the failure of Lazio or Inter to capitalize on a weakened Juventus. They could only play the games in front of them and the teams on the field. March 8th, the 2-0 win over Inter at home. 3-1 over Atalanta in November. 2-1 over Inter in October. That 4-3 thriller vs Napoli to end August. We lost some bad games, struggled particularly against Lazio both in Serie A and the Coppa Italia but we beat the teams we were supposed to beat and struggled through for ugly wins. Would you rather we struggle for ugly losses?

Some people would rather we LOSE so they can say "see, I told you so, Sarri out." Ah, to be so stubborn as to want your team to lose. Some kind of fan.

I'm not the biggest Sarri fan but if you think you can just win a league like Serie A with zero effort from the manager or in spite of the manager, you are out of your depth. This was a sweet win because it is always the hard fought, hard struggles, tough times that turn into sunshine that feel good. We deserve this title because we were better. And to realize that HOPEFULLY this is the worse we will see our team playing Sarriball. Another year, another set of trainings and possibly we play beautiful football then.

~25 years ago, gds ratings were the world for me. i always wanted to get one gds every year: the one with the yearly averages.

agreed on the top3, but for me, bentancur clearly belongs there, and de ligt was massive after his shaky start too. rabiot's 6 is a bit too harsh considering his importance during the closing games. anyway, it is what it is: gds seasonal ratings for us. ¯\_(ツ)_/¯

I need to replace the avatar. Is there a 38 yet?

s4tch said:
...Now look at this. bonucci over de ligt, higuain = de ligt, berna 6,5, plenty of meh ¯\_(ツ)_/¯
Click to expand...
Imo Bonucci has had the better season overall than De Ligt, who's shaky start lasted quite a while. Rabiot is harsh, but he didn't impress me until after the Corona break tbh...

5.5 would be charity for the season Berna had, 6.5 is comical

GordoDeCentral said:
I say we all chip in and buy a page on Napolis main newspaper showing a pic of sarri with the scudetto trophy @Bianconero_Aus
Click to expand...
instead they did this 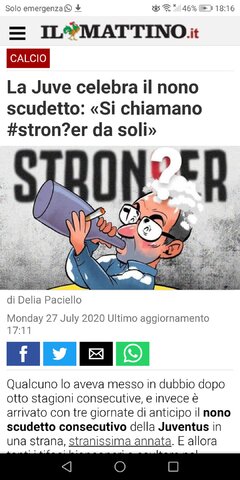 lgorTudor said:
manu legend and bayern legend already
Click to expand...
he always gave gifts to Bayern, check 2010 Olic goal against United in dying seconds, 2014 Mandzukic equaliser and then the last one

The worst Scudetto for me since I fell in love with Juve.

Users Who Are Viewing This Thread (Users: 1, Guests: 2)