IMO Diana was quite nice looking.
Click to expand...
Really ?

Yeah, especiall when you compare her to this old hag. 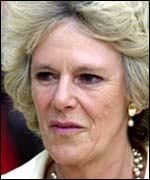 How can you compare two peoples looks when theres a 20 odd year age gap
Click to expand...
I know, I'm not really comparing, I think Diana was good looking regardless of Camilla.


Actually, she still is. Word on the street is that she's living in Cuba along with Elvis and Tupac Shakur.

Lady Di was quite the fashion icon

++ [ originally posted by Zlatan ] ++
Actually, she still is. Word on the street is that she's living in Cuba along with Elvis and Tupac Shakur.
Click to expand...
Lol... Quite possibly

++ [ originally posted by fabiana ] ++
Lady Di was quite the fashion icon
Click to expand...
puzzling as that is

What is this fascination with diana?

She was an average looking, manic depressive, proven liar, media whore.
Not too mention a multi - adultress manipulating whinger.

She constantly used the media to get across her supposed charity actions (in reality she was jus a figurehead and didnt even come close to the amount of charity and community work charlie did (and still does) and he did it without the publicity and need for attention.
She then whinged that the media were on her back when she asked for them in the first place.

Badly treated my arse.
She knew what she was getting into from the get go and then moaned about it... bad luck
Yes charlie had an affair... so what... and big difference... charlie was with her before he met diana and is still with her today some 30 years later... he didnt go running around shagging anyone that was sad enough to listen to her petty moans for years

You want some one badly treated by the royal family... its fergie not diana

And No... before anyone says it, I am not a royalist, protecting the countries house at all... Personally i think they should all have there heads displayed on traitors great for the harm they have done to this land and its people.

But having said that charlie is a decent guy and doesnt deserve theway people treat him... niether does camilla


Di's dead, dick face.
Click to expand...
Wheres your point? What is it with the silly insults btw?


Wheres your point? What is it with the silly insults btw?
Click to expand...
Point is, you said, "Well it is hard to say who is more beautiful when there is 20 yrs. age gap." How can there be 20 yrs age gap when one of the persons is dead.

They aren't silly, they are just off of the beaten path.


Point is, you said, "Well it is hard to say who is more beautiful when there is 20 yrs. age gap."
Click to expand...
I never said that (neither of them are by any stretch beautiful), but good enough.

How can there be 20 yrs gap when one of the persons is dead.
Click to expand...
Well quite easily... there was roughly a 20 year gap in the persons age at the time of the photo... eg when the photo was taken camilla was about 60 and when the last photo of diana was taken she was about 40... a 20 year gap... though you know that and are jus being a pain anyway

as long as she doesnt get any titles im fine with Camilla....otherwise no.