Hopefully pentacampadoin is there to cheer us on.

Should be honored guest when we play in the CL final. Shell out all the shekels for finest seat available.

Padoin: 'Too much Barca respect in 2015'
By Football Italia staff


Simone Padoin looks back at the last Juventus Champions League final, believing they gave Barcelona too much respect.

The 33-year-old was part of the Bianconeri squad that reached the final in 2015 and were ultimately defeated by the Catalans, but has now moved on to Cagliari.

"We knew that the Blaugrana were almost unbeatable, and that thought stopped us for half a game,” Padoin told La Repubblica.

"We faced players that will remain in the history of football, but it was so exciting to get there.
"I think back to the last week of training, all going at 2,000 KM per hour, and the incredible desire that each of us had.

"Some knew that it would be the most important evening of their lives. I watched the final from the bench and it was logical that it was like this.

"I saw a contracted Juve from the beginning and then came the tonic of the Morata equaliser. We kept them on a string and at certain points we believed we could win.

"The problem was that we started to believe it too late. I remember the fans in front of our hotel all through the night and I remember when I passed Messi during the warm-up, there was the absolute feeling of being in contact with a creature from another world.

"This time, however, they are sure that none of my former teammates will feel this way, even against Cristiano Ronaldo."
Click to expand...
Padoin: 'Time is now for Juve'
By Football Italia staff


Simone Padoin believes that 'the time is now' for his former side Juventus, as they prepare for the Champions League final.

The 33-year-old was loved by Juve fans before he departed for Cagliari, and puts his work ethic down to his home-town in Fruili.

"People loved me so much, perhaps because they understood that I gave everything," Padoin told La Reubblica. "I miss that historical group at Juve.

"I was lucky, to play with them was a great privilege. I owe it all to [Antonio] Conte who chose me and [Massimiliano] Allegri who appreciated me.

"Throughout its history, this club has always had great players but also those with a great work ethic that have built success.

"In my small way, I am proud to have been part of the latter category.

"I came from Gemona, a place that has known how to suffer and to be reborn. I think my Friulian roots served me well in football, slaving away so much and complaining as little as possible.

"Juve have grown a lot. In the attack they are stronger than two years ago, and are better in the reading of the matches. I say that in sports you have to fight and believe in the day that will arrive sooner or later.

Here, I think, the time has arrived."
Click to expand...

This guy is smart, hopefully he becomes a top coach.

Gigi is delusional, Messi is twice the player

zizinho said:
Gigi is delusional, Messi is twice the player
Click to expand...
They're asking the wrong guy, Gigi is Juventino through and through. 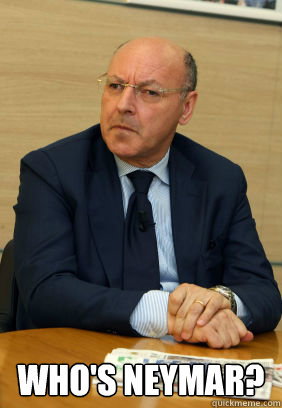 Click to expand...
Now I'll have something other than my chest for Padoin to sign when I finally meet him

Would be our starting RB this season.

Wittl said:
Would be our starting RB this season.
Click to expand...
Easily. Did you see how he had that fatman tucked in deep in his backpocket! How did he fit him in there?!?!?

Fr3sh said:
Easily. Did you see how he had that fatman tucked in deep in his backpocket! How did he fit him in there?!?!?
Click to expand...
Indeed it was fascinating. Same phenomenon like:

We won't mention how he lost Mandzukic for the opener.

JuveJay said:
We won't mention how he lost Mandzukic for the opener.