Fuck this cunt and his disgusting subhuman toad hybrid of a wife.

Bianconero81 said:
Fuck this cunt and his disgusting subhuman toad hybrid of a wife.

Roma re signing Dzeko really fucked him and inter over huh?

Espectro said:
Close this thread... thank God...
Click to expand...
lol i meant to click on the rugani thread and when I read this i was thinking I was in his thread LOL

a swap deal between this douche and my beloved dybala wouldve sickening.

i also cant see anyway in which this doesnt end in another dramatic fallout between inter and icardi.


For those who thought we were actually too dumb to try a swap deal for Lukaku and it was just the media blowing smoke, please skip to 1:06:30 where the dude practically confirms it. Dodged the biggest bullet right here.

On second thought, if you got time, the podcast is not that bad, he seems like a bright young dude, the exact opposite of Icardi.
OP
OP

if Juve think they can have a discount on Icardi and make a last minute bid inDa will get offended and ask for more than what they agreed to with nipples. 70m+

Exclusive: Juve going all out for Icardi, the counterparts to convince PSG revealed


18 April at 13:00
Juventus are in the hunt for a centre forward for next season and Mauro Icardi is the number one goal of the Old Lady. However, the striker's situation is somewhat complicated, as he is currently on loan at Paris Saint Germain, which is why, as learned exclusively by our staff, the Bianconeri are in constant contact with the French club.

It is a complicated issue. PSG have an option to buy the Argentinian outright from Inter Milan for a figure of 70 million and it seems that whether they decide to do so, it will be to sell him at the first useful opportunity and make a quick profit. And Juventus are waiting in the background, looking to make an offer that can satisfy the demands of PSG, with many possible technical counterparts in question.

The asking price is about 100 million euros and, as mentioned, many players could be involved in a potential deal. One of these is Mattia De Sciglio, who is in Leonardo's viewfinder. But he will not be a player who will move the needle of the balance and there are other, bigger names, who could be involved.

For example, Alex Sandro, who Juventus could let go in the case that an irrefutable offer arrives and with the certainty of having a worthy replacement. Another name is Miralem Pjanic who could leave the Allianz Stadium during the summer.

Finally, there is also the name of Douglas Costa. The Parisians had tried to include him in negotiations that involved Emre Can and Leandro Paredes before, but perhaps now could be the right time.

In short, there is no shortage of possibilities, even though not everyone would obviously be willing to make a move to Paris. But one thing is certain: Mauro Icardi is Juventus' number one goal for the attack.
Nicola Balice

@Bianconero81 - what if we sold Pjanic, MDS & Costa to PSG for him?

Trezeguet: "I understand why Juve are interested in Icardi and their interest does not go back to just yesterday. We are talking about a unique striker who has formidable efficiency.” 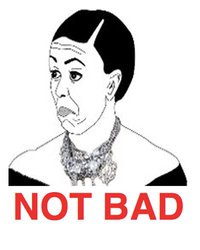 Click to expand...
I will still get his thread.

Click to expand...
What do you got Marky Mark.

Osman said:
What do you got Marky Mark.
Click to expand... Click to expand...
Now that's a nice shirt. Is there a chance she has enough for all of our players?
OP
OP

DAiDEViL said:
Now that's a nice shirt. Is there a chance she has enough for all of our players?
Click to expand...
I'll ask her later.