Honestly, Lazio weren't as poor as the scoreline suggests. They played pretty well except for individual errors. Inzaghi screwed up by playing Musacchio who has hardly featured this year and is well past his prime. Quite frankly his error is the main reason the scoreline was so bad because Lazio opened up after that goal. And honestly the types of passes that Musacchio and Bentancur pulled these last two weeks have no place in Champions League football.
Also Lazzari is fast. He beat Davies for pace multiple times that match.

Simeone has been trash in Europe since 2017.

Ventus said:
I meant in the CL sorry.
Click to expand...

Alen said:
Terrible indeed.
The only "positive" for the Italians is that the Spanish will do even worse this year and everyone will focus on the fall of La Liga. Sevilla and Barca are already done; Real will be eliminated by Atalanta (they are without 6-7 starters tomorrow) and Atletico probably won't go too far and will focus on winning La Liga.
Click to expand...
Allegri is needed

Xperd said:
When's the last time no Spanish team made the quarters?

It's been a really long while hasn't it
Click to expand...
Good. They utterly dominated Europe for far too long. Glad it ended.

lgorTudor said:
Superior players and couch....hard to compare
Click to expand...
Give us Kostic and Adi.

Elvin said:
Good. They utterly dominated Europe for far too long. Glad it ended.
Click to expand...
I have bad news for you, Premier League dominance will be far longer and more boring.

Nedved96 said:
I have bad news for you, Premier League dominance will be far longer and more boring.
Click to expand...
Not a fact.

Nah, I think it will be. Who’s gonna take over? Bundesliga and Serie A? EPL will continue to be the most popular league for a long time imo

s4tch said:
guy is 17 and english @Nedved96
Click to expand...
This is what I mean when I say that English dominance of this sport is inevitable.

Nedved96 said:
I have bad news for you, Premier League dominance will be far longer and more boring.
Click to expand...
I don’t see the PL dominating. There are too many teams who compete for the top 4 spots, which makes them all weaker. Case in point, Tottenham- two years ago, they were in the CL final and were making record money. Now they can barely qualify for Europe, and this is drastically affecting how much they can spend on their team.
Having 2-3 very strong teams is the way to go if a league wants to dominate the CL- kinda like La Liga and Serie A before them. When the PL was strong in the mid 2000s, you always had the same 4 teams qualifying for the CL every year.

Fuck the EPL and all Britbong Fans and Cocksuckers.

Nedved96 said:
I have bad news for you, Premier League dominance will be far longer and more boring.
Click to expand...
I'm not sure that we'll see domination by one league. There will be seasons like 2019, when teams from 1 league will do (much) better than the others. We might get two CL finalists from the same league; a CL and EL winner from the same league and so on, but I don't expect domination like the La Liga one from 2009 to 2018.
I think so because the La Liga domination had a lot to do with the best years of Messi and Ronaldo. They are possibly the 2 all-time best players and they happened to play at the same time in the same country. They didn't just make their own teams better, but somehow the whole league became better. I am not underestimating Xavi, Iniesta, Neymar, Modric, Ramos, Luis Suarez, Bale, Atletico Madrid and Sevilla here. They all contributed a lot to the success of La Liga. Still, most of it was about Messi and Ronaldo.

The possibility for another Messi-Ronaldo pair in the near future is slim to none. That makes the possibility of a league brutally dominating all the other leagues for more than a season or two just as slim.

Xperd said:
When's the last time no Spanish team made the quarters?

I don't see the importance of debating which league will "dominate" when Bayern are light years ahead of everyone, and will continue to be so for the short term future/few years.

That his mother he's dancing with?

Cerval said:
I don't see the importance of debating which league will "dominate" when Bayern are light years ahead of everyone, and will continue to be so for the short term future/few years.
Click to expand...
Bayern are shrewdly run, but their morals on how much a player should cost and earn will inevitably hold them back. You can't stay at the elite top for long if you're tier 3 in the economics of it all.

Bayern "tier 3 in the economics of it all."?

Atalanta is winning this one. Im gonna bet on it. 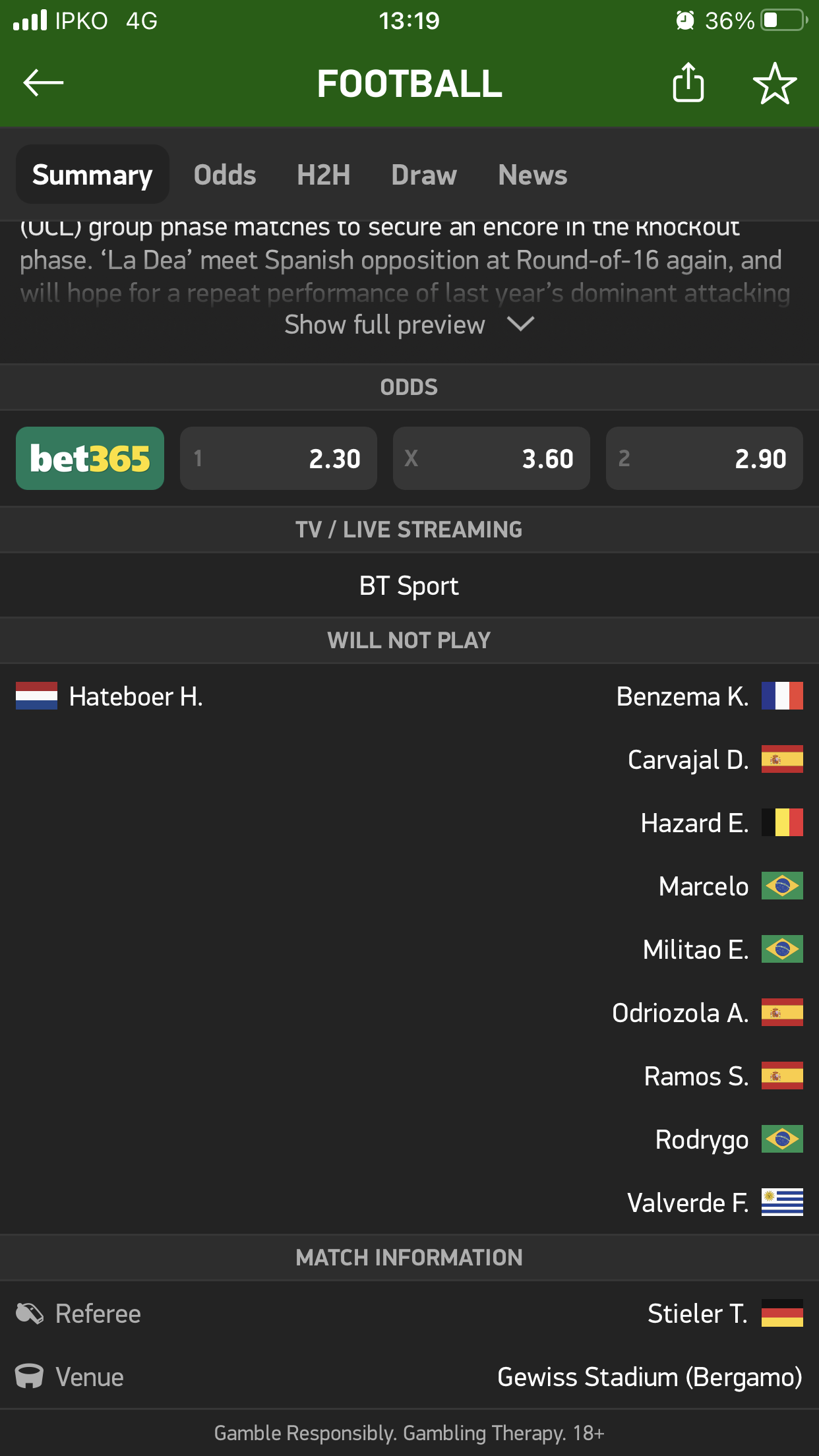